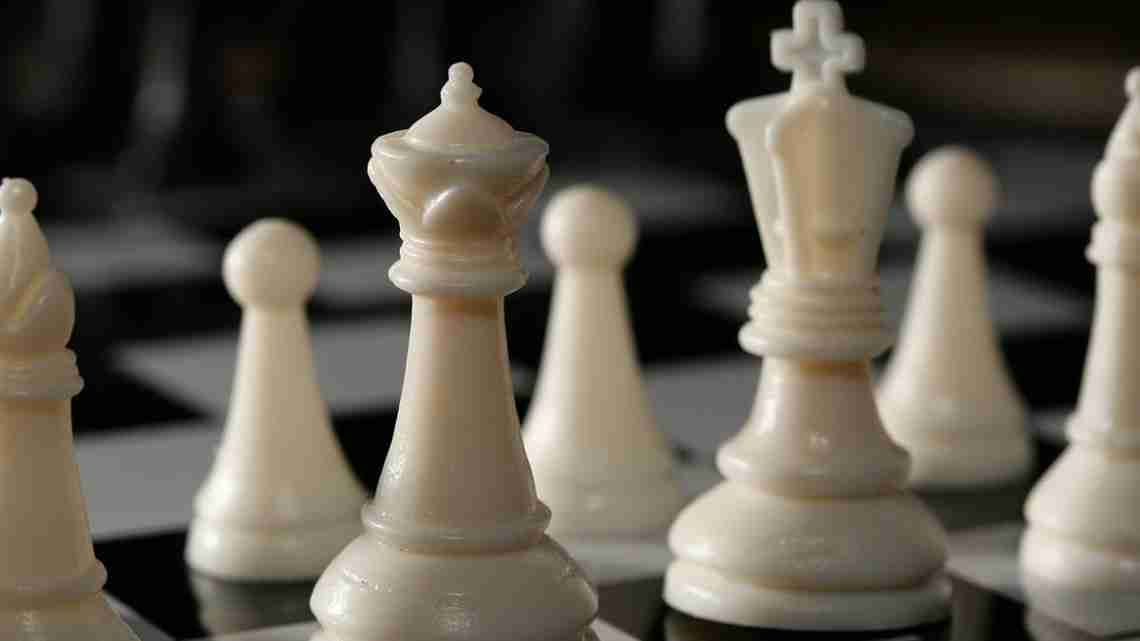 SEATTLE (AP) – In a fireside room on Northwest University’s Kirkland campus, Phiona Mutesi stood up and accepted a title she was a little ambivalent about: president of the school’s just-formed chess club.

She had another title too, a grander one, given to her by a book and movie about her life. The Queen of Katwe, she was called, due to her transformation from a homeless kid in Katwe, a Ugandan slum, to an international chess champion.

But the 21-year-old freshman is not the type of person to call attention to a thing like that, and her fellow students are largely unaware of her fame.

“I wouldn’t have been here without chess,” she said. “It’s such a long story. I can’t tell you right now.”

She’s starting a new story now, of an American college student, and it suits her.

“It’s a small school where I feel comfortable,” she said of Northwest, a Christian university of about 2,200 students.

A week earlier, she was sitting outside in the late-afternoon sun near her dorm. Inside, students played foosball in a common room. Outside, they mingled on broad lawns.

“The students are so free,” she said, noting their willingness to talk to anyone.

She still aspired to the title of chess Grandmaster, several notches above her current ranking of Woman Candidate Master. But that could wait. Education, she said, could not. She planned to major in sociology and use her degree to work with kids in Uganda.

On that day, she wasn’t even sure she would go to the chess club’s first meeting a week later. But Benjamin Mukumbya was. Sitting by her side, her friend and compatriot, who enrolled at Northwest at the same time due to a surprising turn of fate, said firmly: “She’s going to be president.”

Mukumbya’s enthusiasm is matched by Northwest President Joseph Castleberry, whose new enrollees from Uganda have him dreaming of turning the university into a chess powerhouse.

The Ugandan pair came to Kirkland because of a former Washington high-school chess champion named Elliott Neff. Now the head of Chess4Life, a Bellevue organization that runs chess clubs and classes for kids in eight states, Neff met Mutesi in 2014 when she was in Seattle visiting the Bill & Melinda Gates Foundation.

“Queen of Katwe,” the book, had been out for a couple of years, turning Mutesi into an inspirational figure on several continents. She toured the U.S. many times to raise money and awareness for chess programs here and in Uganda.

She can be reserved; her Ugandan coach, Robert Katende, told author Tim Crothers that she lacks confidence because of her background.

But she told her story willingly at every event. She said she wants people to know that “hard work and determination can change everything.”

Her message gave people hope, and that in turn gave her courage, she said.

“We were evicted,” she’d continue, “and then we went to the streets. That’s my story before I joined chess.”

She took to the game because she was hungry. A chess club started by Katende, a missionary, was offering meals. To eat, she had to play.

Then 9 years old, she was a natural. Neff calls her “a real fighter. She would never give up.”

“Yes, I think that’s something that defines me,” she said. “Most of the time we had to fight, even physically, to get to eat.”

That’s how it was in Katwe, where she earned money by selling corn on streets roamed by gangs.

Under Katende’s tutelage, Mutesi soon represented her country at a tournament in Sudan – which her team won, to much joy in Uganda, captured in the book and movie – and at international chess Olympiads.

“Is there anything I can do to help?” Neff asked Katende, who traveled with Mutesi on her 2014 visit to Seattle.

Neff could give Mutesi some lessons, Katende suggested. “We would go to Denny’s or wherever,” Neff recalled. After Mutesi went home, they continued the lessons via Skype. Eventually, he went to Uganda to help her train for the 2016 Olympiad in Azerbaijan.

While there, Neff met Mukumbya, another member of Katende’s chess club who played with Mutesi as she prepared for the competition.

In life, Mukumbya considers himself cautious. He didn’t venture out into Uganda’s slums until he knew gangs wouldn’t be around. But in chess, he said, “I love attacking.”

Impressed with his potential, Neff invited Mukumbya to Bellevue to study with Chess4Life. He came in January and stayed for five months.

Meanwhile, Neff approached Northwest University on Mutesi’s behalf. Would the school be interested in having the Queen of Katwe as a student?

“I was delighted to step up,” said Castleberry, recalling how he had wept through the movie. He offered her a generous scholarship.

She came to visit the school last spring – when Castleberry, to everyone’s surprise, offered Mukumbya a scholarship as well. It was a spur-of-the-moment decision, Castleberry said. Mukumbya had accompanied Mutesi to the school, and they were all in the university president’s office.

“Of course, all the attention was on Phiona and so I asked him whether he was planning to study in the U.S. as well,” Castleberry said. “I learned he had not been offered any opportunities.”

And so Castleberry gave him one.

“It was overwhelming to me,” Mukumbya said. “I couldn’t talk.”

It was Mukumbya’s idea to start a chess club at Northwest. The 19-year-old had brought his chess board from Uganda, determined to keep playing even as he took demanding pre-med classes in hopes of becoming a neurosurgeon.

Settling into his dorm room, he unpacked the chess board along with his other things, then went out. When he returned, roommate Walter Borbridge, a once-competitive player from Alaska, had started a game.

It was raining hard on the night of the chess club’s inaugural meeting, and there were a number of other things happening on campus, so Mukumbya wasn’t sure how many people would turn out.

But Borbridge came, as did a Navy veteran who played competitive chess in high school, and a number of people who had barely played at all.

Mukumbya’s optimism was unshakable. In just two months, he told the group, he expected the club to produce a team that could compete in intercollegiate competitions.

Castleberry – who showed up as well, bearing a couple alabaster chess pieces once owned by his dad – was all in.

That very day, he had talked to Neff, the new club’s coach, about sending a Northwest team to the Pan-American Intercollegiate Team Chess Championship. Drawing players from North and South America, it will be held late this year in Ohio. Castleberry intends to go himself.

“This could really become the beginning of something great at Northwest University,” Castleberry told the group. “The more word gets out, the more people are going to want to come here just to play chess.”

Chatting after the meeting, he talked about recruiting more players from Katende’s club in Uganda.

Mutesi’s role in this drama is undetermined. Club members will have to compete for a spot on the competitive team, and she wasn’t counting on making it.

She was there, and that seemed enough.

Chess had taught her a lot about life – how to use her aggression mentally, how to strategize and how to make the best use of her resources – and changed it at the same time. She was ready to pass some wisdom on.

There was no reason to fear chess, she told the group.

“It’s not for smart people,” she said. “Chess makes you smart.”

Next post Need New Glasses? Don't Overlook These Ways to Enhance Your Lenses