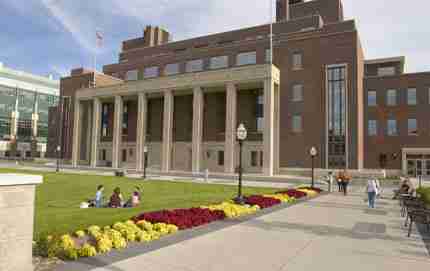 MINNEAPOLIS (AP) _ The Board of Regents at the University of Minnesota endorsed a new research ethics plan Friday that’s designed to guard against conflicts of interest and improve the safety of patients participating in studies.

The 75-page plan recommends many changes. Among them, university scientists won’t be allowed to accept consulting fees from companies that sponsor their research.

University President Eric Kaler tells the Star Tribune (http://strib.mn/1C3qTE7 ) that this rule is one of the strictest among academic research centers nationwide.

The plan was commissioned following criticism over the way the university’s psychiatry department handled a 2004 drug study. Dan Markingson, a 27-year-old schizophrenic patient, took his own life while participating in a drug trial.

Dr. William Tremaine of the Mayo Clinic, who led the task force that drafted the plan, said one goal is to ensure vulnerable patients like Markingson aren’t coerced into participating in trials.

The plan also calls for more scrutiny of research involving patients, and it recommends paying experts to serve on oversight panels.

In addition, it takes a tougher stance on potential conflicts of interest. In the past, university scientists were allowed to conduct research for drug companies, and serve as their paid consultants.

Tremaine says under this plan, they’ll have to do one or the other.

“That’s going to be threatening to some individuals,” he said. “It’s your choice. If you want the payments, then don’t do the research.”