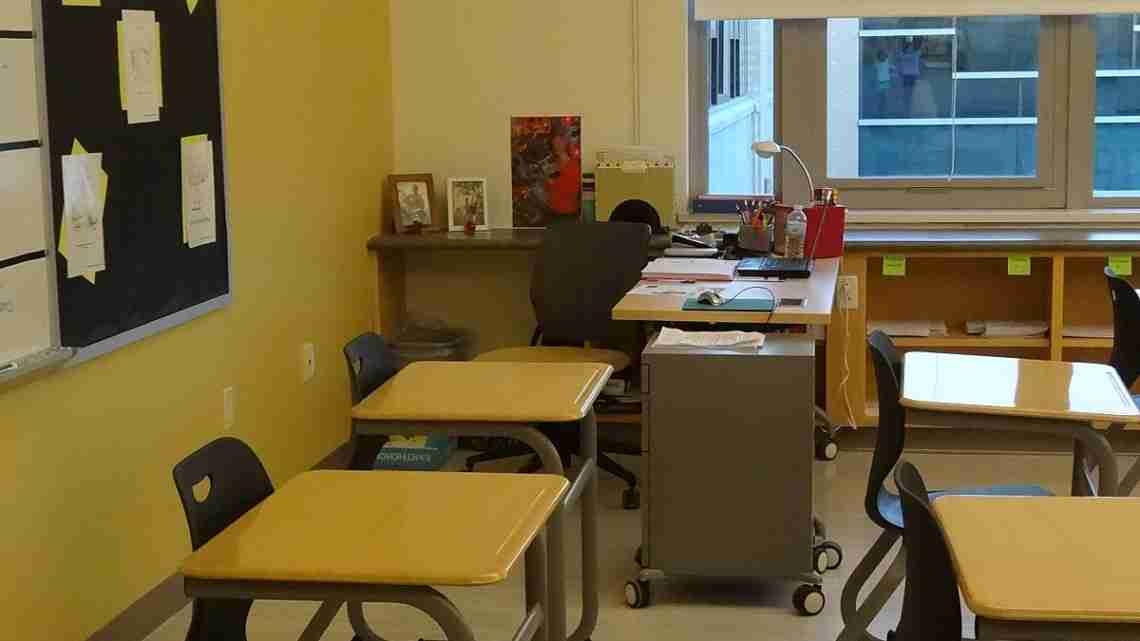 MILWAUKEE (AP) – Charter schools are among the nation’s most segregated, an Associated Press analysis finds – an outcome at odds, critics say, with their goal of offering a better alternative to failing traditional public schools.

National enrollment data shows that charters are vastly over-represented among schools where minorities study in the most extreme racial isolation. As of school year 2014-2015, more than 1,000 of the nation’s 6,747 charter schools had minority enrollment of at least 99 percent, and the number has been rising steadily.

The problem: Those levels of segregation correspond with low achievement levels at schools of all kinds.

In the AP analysis of student achievement in the 42 states that have enacted charter school laws, along with the District of Columbia, the performance of students in charter schools varies widely. But schools that enroll 99 percent minorities – both charters and traditional public schools – on average have fewer students reaching state standards for proficiency in reading and math.

“Desegregation works. Nothing else does,” said Daniel Shulman, a Minnesota civil rights attorney. “There is no amount of money you can put into a segregated school that is going to make it equal.”

Shulman singled out charter schools for blame in a lawsuit that accuses the state of Minnesota of allowing racially segregated schools to proliferate, along with achievement gaps for minority students. Minority-owned charters have been allowed wrongly to recruit only minorities, he said, as others wrongly have focused on attracting whites.

Even some charter school officials acknowledge this is a concern. Nearly all the students at Milwaukee’s Bruce-Guadalupe Community School are Hispanic, and most speak little or no English when they begin elementary school. The school set out to serve Latinos, but it also decided against adding a high school in hopes that its students will go on to schools with more diversity.

The charter school movement born a quarter of a century ago has thrived in large urban areas, where advocates say they often aim to serve students – by and large, minorities – who have been let down by their district schools. And on average, children in hyper-segregated charters do at least marginally better on tests than those in comparably segregated traditional schools.

For inner-city families with limited schooling options, the cultural homogeneity of some charters can boost their appeal as alternatives to traditional public schools that are sometimes seen as hostile environments.

They and other charter supporters insist that these are good schools, and dismiss concerns about racial balance.

Araseli Perez, a child of Mexican immigrants, sent her three children to Bruce-Guadalupe because she attended Milwaukee Public Schools and she wanted something different for her children. The schools in her family’s neighborhood are more diverse racially, but she said race was not a factor in her decision to enroll her children at the charter school five miles away.

“We’re just happy with the results,” she said. Her youngest child, Eleazar, now in seventh grade, is on the soccer team and plays the trumpet at the school, which boasts test scores and graduation rates above city averages. Perez said her children frequently came home from Bruce-Guadalupe showing off an award they won.

Her daughter Monica Perez, 23, went on to a private school and then college before becoming a teacher’s assistant.

“I don’t think I felt the impact of going to an all-Latino school until I went to high school,” Perez said. “When you go to a Latino school everyone is Roman Catholic and everyone knows the same stuff.”

There is growing debate over just how much racial integration matters. For decades after the Supreme Court ruled in 1954 that segregated schools were unconstitutional, integration was held up as a key measure of progress for minorities, but desegregation efforts have stalled and racial imbalances are worsening in American schools. Charter schools have been championed by the U.S. education secretary, Betsy DeVos, and as the sector continues to grow it will have to contend with the question of whether separate can be equal.

“Modern schools of choice with high concentrations of students of color is a demonstration of parents choosing the best schools for their children, rooted in the belief that the school will meet their child’s educational needs, and often based on demonstrated student success,” Descalzi said. “This is not segregation.”

White teachers have traditionally outnumbered black and Hispanic teachers in Milwaukee schools, which have not been seen as places where Latino parents want to send their children, according to Enrique Figueroa, a professor at the University of Wisconsin at Milwaukee and a longtime advocate for Latino students in the city. He said he sees no problem with the concentrations of Latino students in some charters.

“I think the more an individual knows about his or her identity or culture, the better that individual is at asserting himself in any situation because you are strong about who you are,” he said.

Charter schools, which are funded publicly and run privately, enroll more than 2.7 million nationwide, a number that has tripled over the last decade. Meanwhile, as the number of non-charter schools holds steady in the U.S., charters account for nearly all the growth of schools where minorities face the most extreme racial isolation.

School integration gains achieved over the second half of the last century have been reversed in many places over the last 20 years, and a growing number of schools educate students who are poor and mostly black or Hispanic, according to federal data. The resegregation has been blamed on the effects of charters and school choice, the lapse of court-ordered desegregation plans in many cities, and housing and economic trends.

The Obama administration and some states created programs to promote racial and ethnic diversity in charters, but they have been applied unevenly, said Erica Frankenberg, an education professor at Penn State. School choice, she said, leads to stratification unless it is designed in a way to prevent it.

“Word spreads by networks that are segregated,” said Frankenberg, who has found that black, Latino and white students in Pennsylvania choose charters with higher racial isolation when they have options that are more diverse.

The options to promote diversity depend entirely on what is available under state law, according to Sonia Park, director of the Diverse Charter Schools Coalition, a 2-year-old network of 100 schools that are deliberately cultivating integration. Only some places have weighted lotteries, transportation budgets for charter students or the ability to draw students from urban and suburban districts.

Decades of research have shown that schools with high percentages of minority students historically have fewer resources, less experienced teachers and lower levels of achievement.

Like many other American cities, Milwaukee has seen an exodus of white students since a busing program in the 1970s. Whites now account for only 14 percent of the 78,500 students in the public school system. City schools often have one predominant ethnic group, and many charters are at the far end of that spectrum.

Despite successes at schools like Bruce-Guadalupe, charters with the highest levels of racial isolation rank among the worst.

At the Milwaukee Math and Science Academy, more than 98 percent of the 335 students are African-American and nearly all qualify for free or reduced-price lunch. Less than 20 percent of students score at state proficiency levels for reading and less than 25 percent do so for math. The principal, Alper Akyurek, acknowledges that the school has significant room to improve test scores, but so too do the neighborhood schools his students would be attending otherwise.

Akyurek said he is certain race is not the primary consideration of families coming to his charter school on the city’s impoverished north side.

Jamain Lee, 13, has seen his grades improve since he enrolled two years ago from a school where he was bullied and frequently got into fights. His mother, Alicia Lee, said teachers at the neighborhood school would stand by and even record fights. She is unconcerned about the lack of diversity.

“You focus on, `Is my child learning? Are they having fun learning? Do they want to go back when they come home?”’ Alicia Lee said of her decision to enroll her four children in the charter school.

Howard Fuller, who was superintendent of Milwaukee schools from 1991 to 1995, rejects criticism of racially isolated charters. He says the imbalances reflect deep-rooted segregation, and it is unfair to put the burden on charters to pursue integration.

In a city where many black students live in poverty, and some reach high school not knowing how to read, he said there are other, more pressing problems.

“It’s a waste of time to talk about integration,” he said. “How do these kids get the best education possible?”

Next post Gift Guide: Choosing a streaming device without overpaying

Previous post How to Be More Creative in the New Year