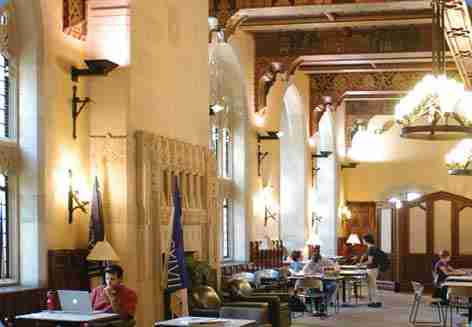 The school says the donation from financier and alumnus Stephen Schwarzman is the second-largest gift in Yale history. Schwartzman is the co-founder of the private equity Blackstone Group.

Yale says the money will be used to turn the Commons dining hall and part of the adjacent Memorial Hall into an 88,300-square-foot complex that will serve as an “educational, social, and cultural hub.”

It will include performance, exhibition, meeting, dining and gathering spaces.

The school says it has hired Michael Kaiser to advise it on the renovation, programming and staffing.

Kaiser is the longtime president of The Kennedy Center for the Performing Arts in Washington, D.C.

The school hopes to open the center in 2020.