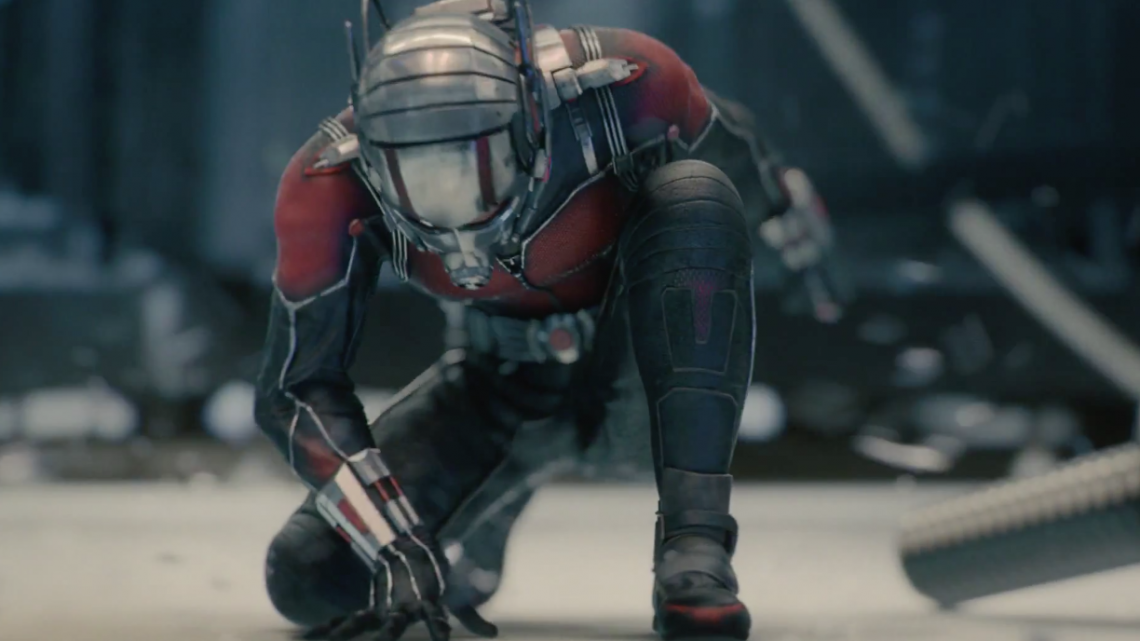 LOS ANGELES (AP) _ “Ant-Man” crept past new opener “Pixels” to claim the top spot at the box office this weekend by an ant-sized margin. The Disney and Marvel superhero pic brought in $24.8 million over the weekend, bringing its domestic total to $106.1 million according to Rentrak estimates Sunday.

“Pixels,” meanwhile, just barely missed first place with a $24 million debut. While studios always hope for the bragging rights of a No. 1 debut, the real issue here is whether or not the Adam Sandler end of the world comedy will make up its $88 million production budget.

“It’s been a little competitive in the marketplace when you consider the extent of the performance of `Jurassic’ and `Inside Out,”’ said Sony’s President of Worldwide Distribution Rory Bruer. “To get to where we opened to was quite good.”

Critics were not fond of “Pixels,” which shows 1980s video arcade game characters attacking Earth, but younger audiences still turned out to theaters _ an estimated 62 percent were under the age of 25.

Paul Dergarabedian, Rentrak’s senior media analyst, said Sandler can still attract an audience, but the expensive film has a lot of ground to make up.

“They’re really going to have to count on the international component. That’s going to be key,” he said.

Overall, the box office is down 3 percent from the same weekend last year, when “Lucy” opened particularly strong. Dergarabedian said that though some are attempting to link last week’s theater shootings to any dip in the box office this weekend, “the numbers just don’t bear it out.”

Holdovers “Minions” and “Trainwreck” took the third and fourth spots with $22.1 million and $17.3 million, respectively.

Meanwhile, the R-rated boxing drama “Southpaw” surpassed expectations and landed a place in the top five with its $16.5 million opening.

Dergarabedian said that its performance is likely due to star Jake Gyllenhaal’s enthusiastic promotion of the film and also the fact that it provides an alternative to the standard summer blockbuster fare.

“’Southpaw’ felt like a really good fall movie,” he said.

“Paper Towns,” an adaptation of John Green’s coming-of-age novel, opened in sixth place with $12.5 million. The Fox film only cost $12 million to produce, but considering Green’s fan base and last year’s massive $48 million debut of “The Fault in Our Stars,” which Green also wrote, it’s a bit disappointing.

A straight comparison isn’t entirely fair, though. “The Fault in Our Stars” had a much bigger following and transcended age and gender groups with its story of two teens dying of cancer and falling in love. “Paper Towns” is a more narrow and lighthearted high school tale.

According to exit polls, 71 percent of the “Paper Towns” audience was female and 78 percent were under age 25.

Also, Shailene Woodley was a much bigger name when “The Fault in Our Stars” came out, whereas Cara Delevingne and Nat Wolff are somewhat lesser known.

“I think we have a job ahead of us in the coming weeks to find more of our potential audience who we weren’t able to reach this weekend. But I think we can do that,” said Chris Aronson, Fox’s domestic distribution president.

Estimated ticket sales for Friday through Sunday at international theaters (excluding the U.S. and Canada), according to Rentrak:

Next post Verizon workers vote to authorize strike, if necessary