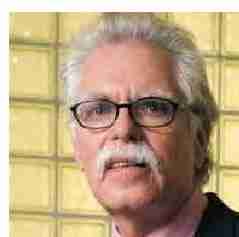 NEW YORK – A federal court struck down regulations intended to cap the price of some calls to prison inmates, which can cost families thousands of dollars a year.

In a 2-1 decision, the U.S. Court of Appeals for the District of Columbia found Tuesday that the Federal Communication Commission lacked authority to set rates for calls between inmates and people in the same state.

Companies that provide prison phone service have defended their prices and sued to stop the 2015 FCC rules. The in-state rate caps, intended to stop high charges between inmates and people in the same state, were suspended by earlier court decisions and never went into effect. The FCC does regulate the price of out-of-state calls for prisoners.

Advocates for prisoners and their families have long pushed for regulation to prevent price-gouging in the inmate phone market.

The FCC noted in 2015 that costs for a call could be as high as $14 a minute, a prohibitive expense for many low-income families trying to stay in touch with incarcerated loved ones.

In August 2016, the FCC proposed capping both out-of-state and in-state call rates at a range of 13 to 31 cents per minute. The FCC had said that would reduce the price of an average 15minute call for most inmates by about 35 percent.

FCC Chairman Ajit Pai said Tuesday in a statement that he plans to work on the problem of high prices of prison calls “in a lawful manner.” The agency dropped its defense of the in-state caps after Pai was appointed by President Donald Trump.

Andrew Jay Schwartzman, an attorney who stepped in to argue on behalf of the instate rate caps in February, said the appellate decision could block any FCC action on the issue unless it’s overturned.

“Any way you cut it, this is very bad news for families and loved ones, not to mention the prisoners themselves,” he said. Individual states, however, remain free to set their own limits on in-state calls. FCC rules currently cap interstate calls 21 to 25 cents a minute.

Global Tel(asterisk)Link, one of the country’s biggest prison-phone companies, commended the court’s ruling. The company said it is “committed to marketbased reforms that result in lower rates” for calls, but those changes must “account for the true costs” of providing phone service. Other prison phone providers did not immediately comment on the ruling.

The issue has been before the FCC since 2003, when Martha Wright, who had an incarcerated grandson, petitioned the agency to regulate call rates.