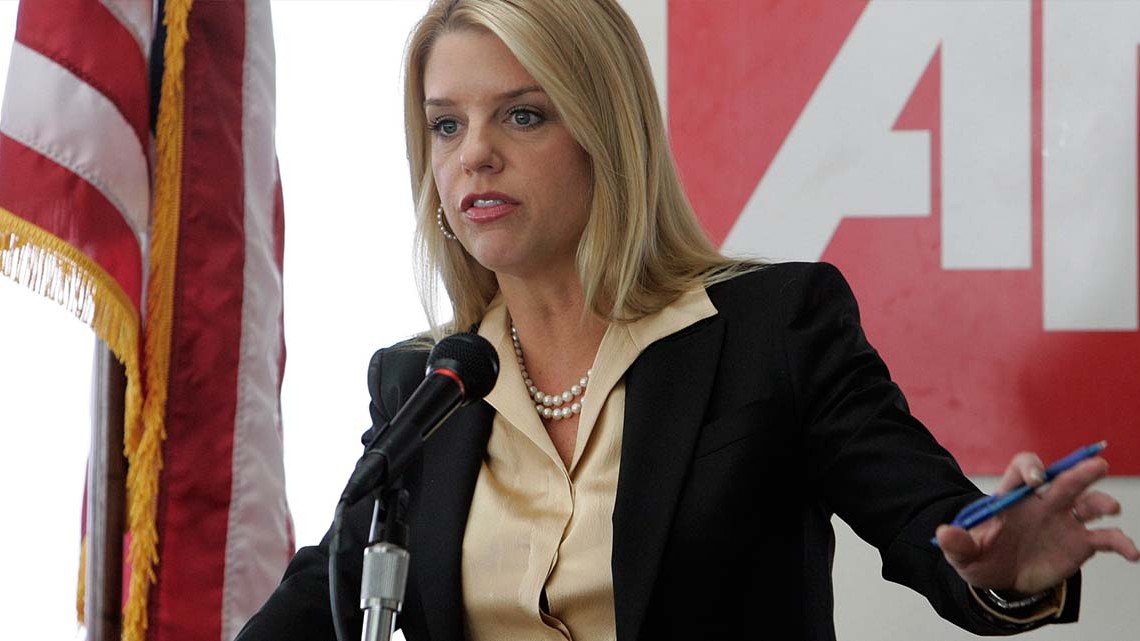 Homeowner Michael Cunningham bought into his Miami Gardens neighborhood in 2003, during the height of the real estate boom.  To cover the $75,000 cost, Cunningham took a first mortgage of $600 a month and a second of $200 a month for his three-bedroom, one-bathroom house.

He refinanced the mortgage a few times, to consolidate debt.  Then divorce, sickness and a couple of accidents hit Cunningham. Soon he was behind on his payments and his mortgage had sky-rocketed to a whopping $210,000.
Cunningham heard about a loan modification company called Keep Your Property Inc.  He said he gave the company $2,500 and access to his bank account so that it could secure a mortgage loan modification for him.

When all was said and done, Cunningham’s mortgage loan had mushroomed to $275,000, with no relief. He went to Florida Attorney General Bill McCollum’s Office’s March 13 community forum, called The Housing Crisis: Who to Trust and Where to Turn to start the loan modification process with his lender.

It could have been a convention about world unity. The more than 500 people at the community forum represented every age group, many races and religions and both genders.

Attendees were in various stages of foreclosure, were struggling to make mortgage payments, or had been swindled by unscrupulous mortgage modification firms.

One lesson they learned  from the Florida Attorney General’s Office is that there is no need to pay up-front fees for a loan modification. Another message that came out during the forum at  Florida International University: Banks are part of the problem, and need to be a part of the solution.

“Miami-Dade is ground zero of the housing crisis,” said Trish Conners, associate deputy attorney general. “There are people here in many stages of foreclosure, and they can get somewhat help from the banks.”

Rosita Silverman said she came to see if she could learn more about her application for a loan modification.

A substitute teacher, Silverman has lived in her house in Cutler Bay for more than 20 years.  When she and her husband divorced in 2008, she and her brother bought her ex-husband’s ownership stake in the house.  Then her brother got laid off, and her calls for subbing dropped from four per week to zero.

“I have been late,” Silverman said.  “The window is 15 days, and I have been struggling to get it in on time.  If I go 30 days late, it affects your credit.”

She sought a modification loan, but was turned down because she was technically current on her loan. “I didn’t qualify because I wasn’t behind, but I didn’t want to put my home in jeopardy,” she said.

In November 2009, she applied to reduce her mortgage payments through the U.S. Department of Housing and Urban Development’s Loss Mitigation Program. The only thing she has received is the run-around and misinformation, she said.

Most people came to the forum looking for help from their lenders through HUD’s Loss Mitigation Program. Through this program, lenders can offer homeowners ways to keep or dispose of their homes.

Options like the Federal Housing Administration’s Home Affordable Modification Program, for instance, are available to those who are early in delinquency and can reduce payments down to 31 percent of a borrower’s income. To qualify, homeowners must have a loan that is at least 12 months old, and  they must be behind at least three payments.

The Miami-Fort Lauderdale-Pompano beach area ranks fourth on a list of the 15 metropolitan areas with home loan modification activity, tying with the San Bernardino-Ontario, Calif. area at 4.7 percent, according to the February report put out by the Obama Administration’s Home Affordable Modification Program.

The report shows that 123,144 homeowners are in some loan modification program, though only 21,111 have made permanent agreements with lenders. Florida and Nevada are the two states that have more than 20 percent of mortgage loans that are 60 days or more delinquent.

Marie-Yves Avignon, program coordinator for HUD Housing Counseling Agency, said that 90 percent of the people who come through the agency can be helped by their lender in some way; however, they must have steady income.

“We paint a picture of the person’s financial crisis to the lender,” Avignon said. “We make sure that the borrowers bring all their expenses to the attention of the lender. Many times they even forget to include their light bills and child care costs as expenses.”

McCollum invited Bank of America, JP Morgan Chase and Wells Fargo to the  community forum to meet with their clients, a first. Many of the banks’ clients came armed with files bulging with documents.

Rocky Stubbs, vice president of Chase Homeownership Centers, Southeast Region, was at the forum, and met with Chase customers. Stubbs said many factors affect whether loans are permanently modified.

“The trial should flow into a permanent modification. The end result is to see most of those turn into permanent modification,” Stubbs said.  “Trial modifications slow down the foreclosure process.  They can make good-faith payments for a target period of three months…During the full review, a final decision is made that they are in good shape. The goal is homeownership preservation.”

Many attendees declined to take their photograph or share their name because of sheer embarrassment.

Juan-Carlos Digon, area finance manager of Florida Office of Financial Regulation’s Bureau of Regulation said his office responds to complaints by checking licensing. Effective January 2010, Florida law began requiring anyone involved in loan modification activities and those modifying loans to be licensed by his office.

Homeowner Michael Cunningham said he is relieved that Keep Your Property is one of the companies that the attorney general investigated and sued.

Like Cunningham, other homeowners reported to the Attorney General’s Office that they paid $2,200 to start the loan modification process and a $550 monthly “membership” fee. Some said they found out after several months that Keep Your Property had not contacted their lenders.

In April 2009, McCollum filed a civil suit, seeking damages and injunctive relief in Broward County Circuit Court, alleging that Keep Your Property broke Florida law when it committed unfair and deceptive business practices.  The office received the injunction to freeze Keep your Property and its affiliates’ assets, and prevented them from destroying evidence.

The telephone number for Keep Your Property is disconnected and efforts to reach the company’s principals, Carlos A. Hernandez and William R. Colon, were unsuccessful.

“I hope I get some money back when this is over,” said Cunningham, who started the loan modification process again at the forum.