Bee numbers down, but everyone can fight problem 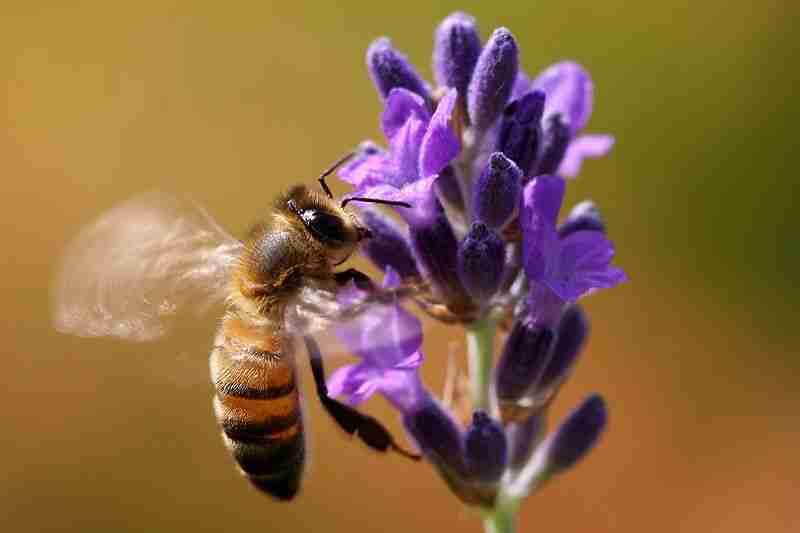 PEORIA, Ill. (AP) – Bees, pollinators for much of the world’s food supply, are still suffering severe drops in their populations. Experts and local beekeepers say the best way for the average person to help is to avoid using harmful pesticides in their gardens, plant bee-friendly flowers and to become a beekeeper.

Bees pollinate 1/3 of the United States’ food supply. Many of the world’s most important and nutritious crops are pollinated by insects, with bees, particularly honey bees, being the most important pollinator, said Gene E. Robinson, the director of the Carl R. Woese Institute of Genomic Biology and bee studier for 40 years.

For the past several years, bees have been declining at a rate of over 20 percent annually, due to pathogens, pesticides, poor nutrition and parasites like the Varroa Mite, Robinson said. On Jan. 10, the rust patched bumblebee became the first bee species in the continental United States to be placed on the U.S. Endangered Species list.

Fixing the problem is the responsibility of more than just agriculture farmers, Alex Rusciano, an Iowa and Peoria beekeeper from 2009 to 2013, said. The other side of the equation “is to have people step up if they can and help by either not using pesticides or by doing a backyard hive, because that just will help sustain the population,” he said.

Pesticides can be deadly for bees and they should be avoided if possible, Rusciano said. If they have to be used, Janet Hart and Carl Wenning, both Central Illinois beekeepers for around 20 years, say to pay close attention to labels.

If a label reads, “Use only in the evening when flying insects are not about,” then homeowners and gardeners should do that, Wenning said. Ignoring the instructions is not only dangerous to pollinators but a violation of federal law.

A class of chemicals called neonicotinoids are a major cause of pollinator decline, according to the Center for Food Safety. A list of common household and gardening products containing those harmful chemicals can be found on centerforfoodsafety.org, and information on safe pesticide use can be found on epa.gov.

Helping bees does not stop with pesticides, however.

“We have so many yards, and we have (so much) grass,” said Mark Kilty, president of the Heart of Illinois Beekeepers Association. “Well, grass is not a great crop for pollinators. If everybody would just take a 10-foot by 10-foot area of their yard or garden and just plant flowers and native flowers, it would help the pollinators a lot.”

In April 2016, the Peoria City Council approved an ordinance that allowed registered beekeepers to keep beehives in the city limits. This falls in line with what many U.S. urban areas, from large cities like Chicago and New York to medium cities like Peoria, are doing with beekeeping-friendly ordinances.

New beekeepers can struggle in the beginning, Kilty said. There is a lot they have to learn about bees to be a good beekeeper, from the diseases that can affect bees to the many challenges they face.

“You’re trying to train people to become good sustainable beekeepers,” Kilty said. “That’s what we’re trying to push is sustainability. In other words, we want somebody that will continue to do it. That will continue to face the challenges and be able to overcome the challenges of beekeeping, because there are threats. There’s a lot of threats to the bee population. The pesticides, the Varroa, all the diseases they face. So there’s a lot of challenges. Bees can overcome them, but they need someone to help them.”