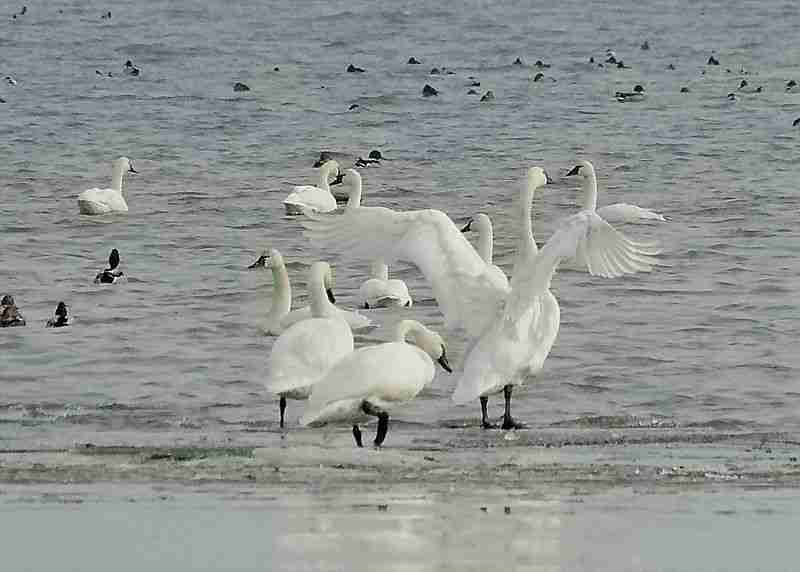 Group representatives are upset that the turbine’s foundation was already installed before the U.S. Fish and Wildlife Service produced an opinion about the turbine’s potential effects on birds and bats; they allege $200,000 of taxpayer money was spent without authorization.

Birders say the 198-foot-high turbine would be in the middle of important migratory paths. A 325-foot turbine at the adjacent Lake Erie Business Park already sits nearby, and birders are concerned the Camp Perry project could open the door for more large machines on the shoreline.

“It’s one of the most sensitive areas in the United States,” said Michael Hutchins, the conservancy’s bird-smart wind energy campaign director. “Even a single turbine in the wrong place can have destructive impacts.”

“The Ohio Air National Guard will continue to work with them to ensure that, if the project goes forward, it will be done in compliance with the applicable regulatory and legal requirements,” she said in a statement.

The project is intended to produce more energy from renewable resources in accordance with presidential directives, the statement said.

The conservancy group is working with northwest Ohio’s Black Swamp Bird Observatory on the threatened lawsuit.