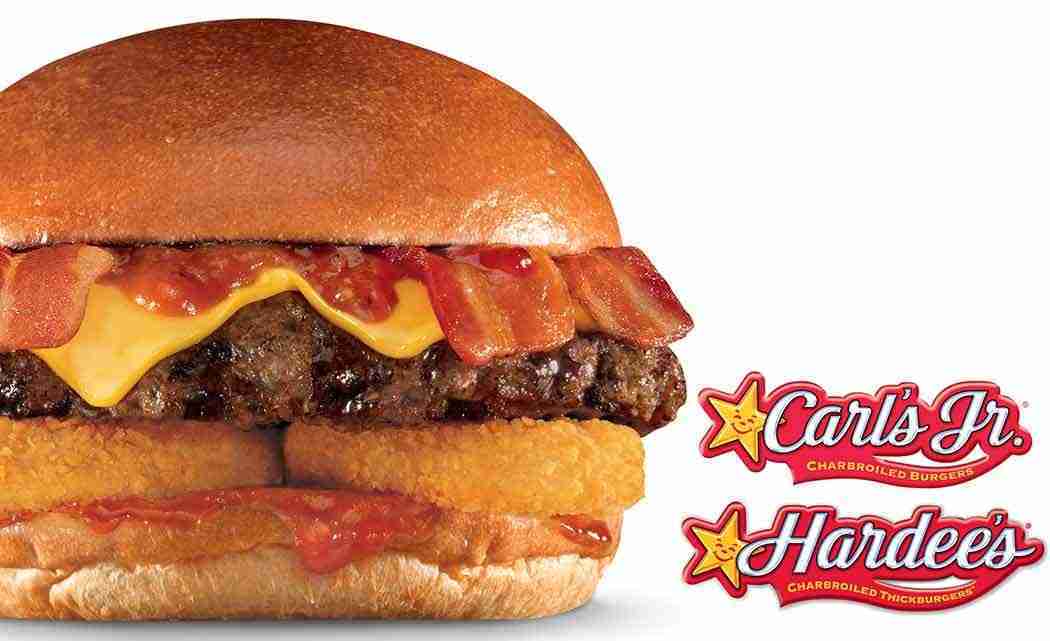 NEW YORK (AP) _ Carl’s Jr. and Hardee’s are cramming a summer cookout into one burger.

The upcoming menu item is made with a beef patty that is topped with a split hot dog. The meaty duo sits on a layer of Lay’s potato chips between hamburger buns. Ketchup, mustard, tomato, red onion, pickles and American cheese will be thrown in, too. The burger will have 1,030 calories and 64 grams of fat.

“The hot dog is like a smoked meat product, so it’s not unlike bacon,” said Brad Haley, chief marketing officer of CKE Restaurants, the owner of Carl’s Jr. and Hardee’s.

Fast food chains have been trying to outdo each other with outrageous menu items to stand out. Wendy’s, for example, offered a cheeseburger topped with pulled pork last year.

Carl’s Jr. and Hardee’s are calling their new burger the Most American Thickburger. It goes on sale at both locations on May 20.

“We’ve had this idea, believe it or not, for a long time,” said Brad Haley, a chief marketing officer at CKE Restaurants.

The Most American Thickburger will use kettle-cooked Lay’s chips, which are thicker than regular chips, to prevent them from getting soggy.

CKE Restaurants has experimented with meat-on-meat burgers before. It previously sold a burger topped with pastrami at Carl’s Jr., and sold a burger smothered with thinly sliced steak, called the Philly Cheesesteak Thickburger, at Hardee’s.