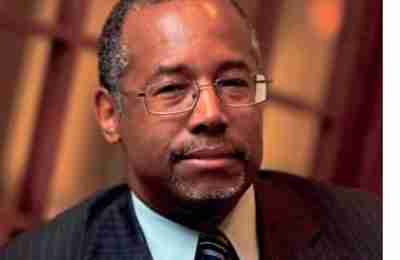 WASHINGTON – Though Ben Carson frequently touts his up-from-the-bootstraps life story, Donald Trump’s nominee for secretary of Housing and Urban Development has voiced little empathy for those who depend on the social welfare programs that aided his own climb out of poverty.

A retired neurosurgeon, Carson has often recounted his childhood as the son of a single mother in inner-city Detroit. In his 1996 autobiography “Gifted Hands,” Carson wrote of the humiliation he felt using food stamps from his mom to pay for bread and milk, and said he began to excel at school only after receiving a free pair of glasses that allowed him to see the lessons written on chalkboards.

After Carson’s mother and father divorced, she received a small house in the settlement. But as her financial situation deteriorated, Carson and his siblings were forced to move into a succession of tenements and apartment buildings, some of which he described as having “hordes of rats” and “armies of roaches.”

Carson, 65, has not said publicly whether his family ever lived in federally funded housing or received Section 8 subsidies to help pay rent, but as a conservative political figure he has criticized such public assistance programs for creating “dependency” on the government among low-income blacks.

“I’m interested in getting rid of dependency, and I want us to find a way to allow people to excel in our society, and as more and more people hear that message, they will recognize who is truly on their side and who is trying to keep them suppressed and cultivate their votes,” Carson said in a speech at the Conservative Political Action Conference in 2015.

Carson has been married for more than 40 years to Candy Carson and the couple have three children. Financial disclosure reports show Carson has earned millions in book royalties and speaking fees in recent years, with an estimated net worth of more than $20 million.

The former Republican presidential candidate has never before held elected or appointed government office. He also has no experience managing an organization with a multibillion-dollar budget and thousands of employees.

If confirmed as HUD secretary, Carson would oversee a sprawling federal bureaucracy that provides Americans with mortgage and loan insurance, distributes housing grants to state and local governments, and offers rental assistance and public housing to low-income families, the elderly and disabled. The agency is also charged with enforcing federal fair housing laws.

Carson has not detailed what policy changes he might seek to make at the agency. But in a 2015 opinion piece in The Washington Times he compared an Obama administration effort to racially integrate majority-white neighborhoods to past federal efforts to desegregate schools through busing students, which he derided as a “failed socialist experiment.”

With the help of financial aid and scholarships, Carson attended Yale University and the University of Michigan Medical School before being the first African- American named as the head of pediatric neurosurgery at Johns Hopkins Children’s Center in Baltimore. There, he garnered national acclaim for directing the first