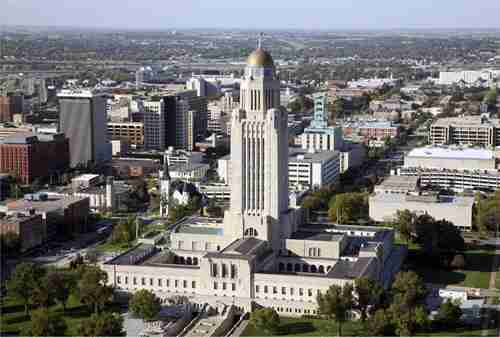 Work began this week on a Freddy’s Frozen Custard & Steakburgers, the Lincoln Journal Star reported (http://bit.ly/1KdjKcM ) Saturday. Franchise owner Ron Oberg said it will be a new concept store that likely will be the biggest Freddy’s restaurant in the country, with seating for more than 150 people and a double drive-thru.

He hopes to have the restaurant open by mid-November.

It’ll be another in a string of restaurants recently opened or soon to be opened in Lincoln, including Chick-fil-A, BurgerFi, and Dunkin’ Donuts. The list also includes Las Vegas-based sandwich chain Capriotti’s, Arkansas-based Slim Chickens and Ohio-based grilled cheese and tomato soup shop Tom+Chee. Several other restaurants already established in Lincoln are expanding.

Richard Meginnis, executive vice president with NAI FMA Realty, said Lincoln’s status as a non-major metropolitan area helps it, because a lot of restaurant chains have not had those markets on their expansion map before.

Lincoln’s low unemployment and the presence of three colleges _ including the University of Nebraska-Lincoln _ that offer a steady influx of college students also help, said Jim Hogg, a Lincoln-based franchise consultant.

“It’s a pretty stable market to come into,” Hogg said.

Next post Bismarck science center to include drone, energy exhibits