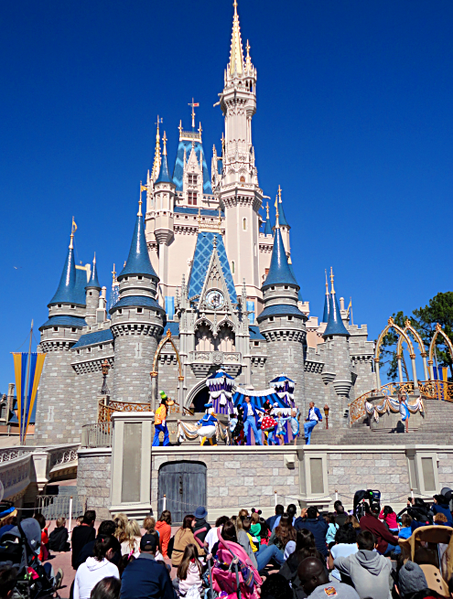 The single-day ticket prices are either staying the same or are increasing no more than $5 under the new price structure that goes into effect Sunday. Last year, Disney rolled out a pricing plan that allows visitors to view a planning calendar from eight to 11 months out to determine which days are considered “value,” `’regular” or “peak” times. Visitors pay more on “peak” days, which are the busiest times as forecast by park officials.

Disney is hiking its prices following a 5 percent decline in attendance at its U.S. theme parks during its most recent quarter that included the holiday season.

The goal of the varied price structure is to give park visitors an incentive to come during times that are not “peak” so that the experience can be better enjoyed by all, officials said. There have been times during holiday and spring break where the crowds have been so large that Disney has had to stop selling tickets.

“Our pricing provides guests a range of options that allow us to better manage demand to maximize the guest experience and is reflective of the distinctly Disney offerings at all of our parks,” said Disney spokeswoman Jacquee Wahler.

At Disneyland, prices for single-day tickets also will increase by $2 to $5. The regular price of admission at the Anaheim, California, park will rise to $110, up from $105, beginning Sunday. A single-day ticket during peak periods will climb to $124 from $119. And the value ticket will cost $97, up from $95.

Previous post Is Florida moving too slow to save the Everglades?