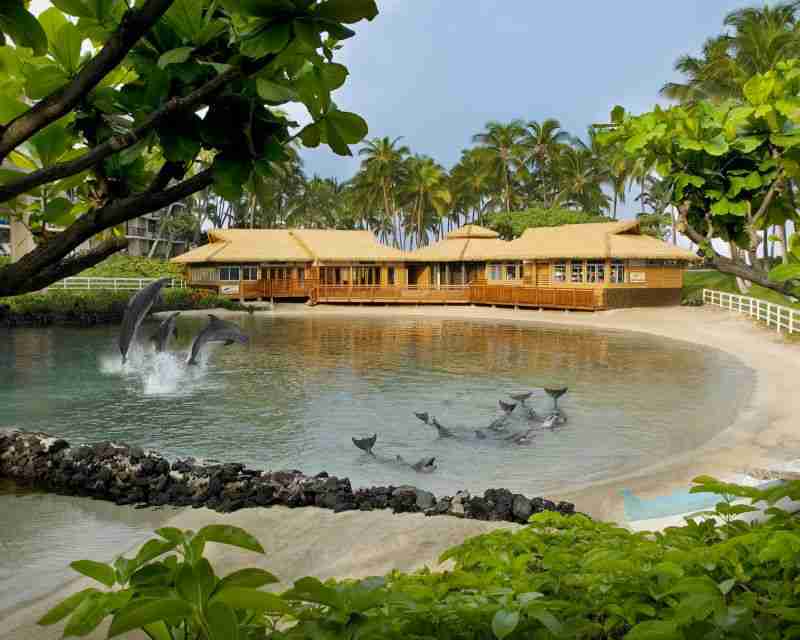 KAILUA-KONA, Hawaii (AP) _ Three young dolphins will take to the air if the state approves a transport request from Dolphin Quest Inc.

The company is making the transfer as part of its 25-year-old breeding program, Vice President of Animals Michelle Campbell told West Hawaii Today (http://bit.ly/1MS8q3f ). Dolphin Quest allows tourists to swim with dolphins in lagoons at resorts on Oahu and Hawaii Island.

Dolphin Quest wants to send two Atlantic bottlenose dolphins from the Hilton Waikoloa Village to the Kahala Hotel & Resort Oahu. A third animal, the offspring of two dolphins imported in 1988, would make the opposite journey.

“Exchanging males with our sister facility on the Big Island keeps our animal population stable and well represented from a genetic standpoint,” said Campbell.

The intrastate transfer requires approval from the Board of Agriculture. The plan submitted by Dolphin Quest calls for the animals to be stretchered for the flight and suspended by a sling in 500-gallon carriers.

Dolphin Quest also said in its application that a veterinarian and other staff with touch and watch the dolphins during the five-hour trip. The animals would be conditioned beforehand to reduce their discomfort.

Board of Agriculture Chairman Scott Enright and Plant Industry Division administrator Neil Reimer said they don’t know of any similar application during their time at the department but said Dolphin Quest has done similar transfers in the past.

“Dolphin Quest aims to achieve program goals consisting of exhibition, education, breeding, research and training,” the application states. “The dolphins will serve as ambassadors for marine mammal conservation through interactive programming, with the goal of inspiring conservation initiatives.”

The company’s animals are kept in lagoons and do not interact with open waters or native species, according to the application.

The Board of Agriculture will consider the request at its meeting in Honolulu next week.

Next post McGraw Hill Financial buying SNL Financial for about $2.23B