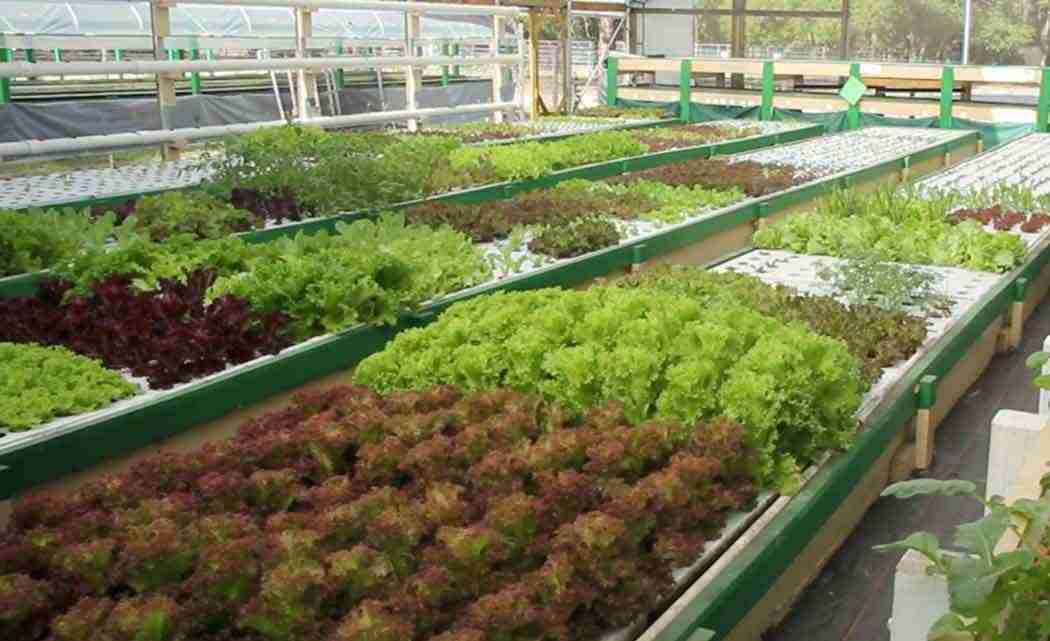 HORICON, Wis. (AP) _ A family dream has turned into a family business. The Krause family, owners and operators of Windy Drumlins, grows sustainable crops using a state of the art aquaponics greenhouse.

Mark Krause, chief environmental officer of Windy Drumlins, said that the farm started 15 years ago when he and his wife, Fran, chief farming officer of Windy Drumlins, moved to Wisconsin from California with their children. Mark spent most of his life working in the food industry. “Food is something I have participated in in a lot of different ways on the manufacturing side,” he said.

Both he and Fran grew up in Wisconsin, and while Mark jokes his family spent most of their time in the concrete jungle in California, “We knew we wanted to get back home. Dorothy had it right.”

The family bought a property in Horicon and knew that they wanted to grow sustainable food for themselves, The Daily Citizen (http://bit.ly/1F955LK ) reported. “Our tongue-in-cheek goal was to grow every bit of food that we eat ourselves,” Mark said. “We get closer every year,” Fran said. The family currently produces well over half of the food that they eat on their farm.

The farm includes a stocked fish pond, a garden, an orchard, some chickens and beehives. But the most impressive part of the Windy Drumlins farm is their state of the art aquaponics greenhouse.

Aquaponics is a type of farming which utilizes no soil and instead uses fish as main form of nutrients for the plants that are grown on top of rafts, floating in water. Mark said, “The idea here is you feed the fish and you let the ecosystem establish itself.”

The greenhouse includes three large 800 gallon tanks which house the fish. The family uses local blue gill and perch fish along with a few tilapias. The water from the fish tanks is then run throughout the rest of the 1,400 square foot system. When the fish are fed and process the food, bacteria then survive off of the excrement. These bacteria then, in turn, provide nutrients for the plants.

Mark said that the family learned about aquaponics after their son, Mike, mentioned it several years back. They went and took a master class at Nelson and Pade in Montello, Wisconsin, where they learned all about how to build and operate their own aquaponics system.

“Fundamentally, it is sustainable. It is a type of farming you can do without burning up fields or having to use excessive amounts of chemicals,” Mark said. His daughter Laura, Chief Education Officer and Mayville High School science teacher added that this type of farming uses 95 percent less water than traditional farming.

All of the water is the system flows due to gravity. Only one small 90 watt pump is used, making the system extremely efficient and showing the detail to which it was designed.

The entire greenhouse, from the floor up, was built and designed by the Krause family. The family started their aquaponics system without the use of the greenhouse. “We were trying to prove to ourselves that you could grow that much food indoors,” Mark said. However, while the system worked, it was expensive to run lights all of the time to grow the plants. “There is no amount of lights that can equal the sun,” he said. “So the question became, we either enjoy what we have and leave it at that or we jump in a little bigger. And if you know me you know that it is go big or go home.”

Thus the greenhouse was built and the family business was started. Windy Drumlins has been selling macrogreens since February at farmers markets and small local grocery stores. Laura said that the advantage of this system, aside from sustainability, is that they are able to grow their food regardless of the weather conditions. “We pick lettuce in January. We are eating fresh, locally grown, chemical free food year round,” she said.

At one time, the family can grow over 5,000 plants on rafts in the greenhouse and approximately 2,000 more sitting on a germination table. Mark said, “We have somewhere around 7,000 to 8,000 plants in some stage of growth at one time.” He added that the system is designed to allow the family to harvest approximately 150 plants a day.

The family grows over 12 different varieties of lettuce which they sell to the public. Mark said that the lettuce, which the family calls macrogreens, grow very nutrient dense due to their growing conditions. He said, “I don’t know if they are necessarily more nutrient dense than something that is grown in dirt, but the plants do grow faster.”

The entire business is a family operation. The greenhouse was built by the family. The plants are grown, harvested and sold by the family. The family even wants to help educate the public about sustainable farming. This summer they will be leading two different summer courses for high school students to teach them about sustainability and ecology.

Mark said that this whole business grew out of a simple dream to be sustainable. “We are borrowing this world from our kids. Not everybody needs to own a farm but if everybody just did a few things, we could preserve this world for the future.