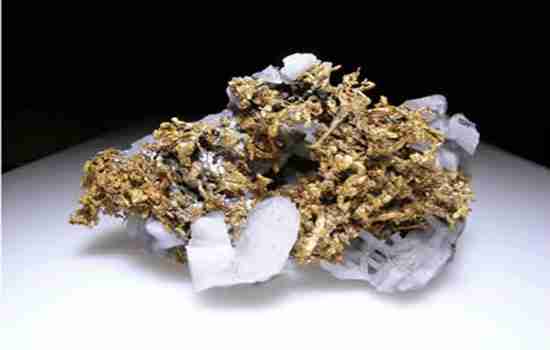 By KEITH RIDLER
BOISE, Idaho (AP) _ The U.S. Forest Service has approved a gold mining company’s plan to reopen a 4-mile road in a central Idaho wilderness and drill core samples to find out if two of its claims are profitable enough to be mined.

The plan authorizes the company to make 571 motorized trips annually into the wilderness area to build 11 drill pads. Vehicles would include four-wheel-drive pickups, a dump truck, a flatbed truck, a bulldozer and a small excavator.

The Forest Service said mining is allowed in the wilderness as mining laws and mining in the area predate wilderness designation. But the company has to focus only on work that’s necessary to prove the claims profitable.

“This work is being approved to ensure that valid rights exist,” Lannom said in a statement. “To do that, the mining claimant must be allowed to show they have made a discovery.”

The Forest Service said the approval means the company could start work after submitting a revised plan conforming to the agency’s approved plan. Payette National Forest spokesman Brian Harris said that process doesn’t include public review and is something of a formality.

American Independence Mines and Minerals is a limited liability company formed in December 2013, according to the Idaho secretary of state’s office. The person listed as responsible for signing annual reports is Conway G. Ivy, manager and president of Ivy Minerals Inc.

Ivy Minerals incorporated in Idaho in August 1978 with Ivy at president. His address in state documents is listed as Beaufort, South Carolina. A message left on his home phone Wednesday by The Associated Press wasn’t returned.

Both Ivy Minerals and American Independence Mines and Minerals list the same U.S. post office box in Boise as their address.

State documents list David R. Lombardi, an attorney with Givens Pursley in Boise, as a contact for American Independence Mines and Minerals. Lombardi on Wednesday said the company hopes to have its revised plan submitted and approved this summer so workers can start improving roads outside the wilderness. He said it wasn’t clear when work would start within the wilderness.

If the process moves forward and the company proves the mining claims in the wilderness are profitable, the next step would be for the company to submit a plan to the Forest Service on how it would go about mining for gold.

The company has eight claims in all in the wilderness in about the same area. Three of those claims were proven profitable in the late 1980s, but the Forest Service hasn’t received a mining plan.

Lombardi said the company wants to validate the two additional claims and then mine all five claims at once.

“It makes more sense to develop the claims together rather than piecemeal,” he said.

Lombardi said mining in the area has historically been underground, but the company couldn’t rule out open pit mining.

“It depends on the results of the drilling and other exploration,” he said. “There would be a mining plan to address the minerals in the most efficient way possible with the least environmental impact possible.”

Jonathan Oppenheimer of the Idaho Conservation League said mining laws do make mining in the wilderness legal, but environmental laws still apply and the group is not ruling out a possible lawsuit.

“While there are certain rights that precede the designation of the Frank Church Wilderness, there is still a responsibility on the part of the Forest Service to mitigate negative impacts,” he said.