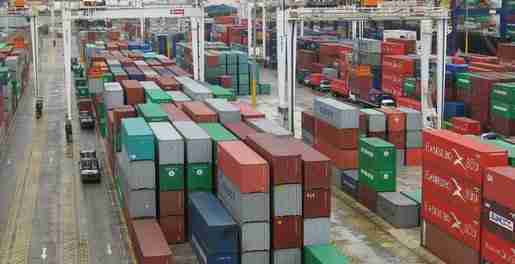 By EVENS SANON and DAVID McFADDEN

Sitting just outside the capital of Port-au-Prince, Port Lafito is designed to handle the massive ships that will be able to pass through the newly expanded Panama Canal. Hopes are it will anchor an economic zone that will create 25,000 jobs by 2020.

The canal expansion has caused many countries to build or upgrade port infrastructure in hopes of playing a major role in global supply chains. But perhaps nowhere are the stakes higher than in Haiti, where the World Bank says 59 percent of people live on less than $2.44 a day and an additional 24 percent live on less than half that.

“This project will make a significant impact on the national economy and have a beneficial impact on the more than 10 million people that live here,” said Reuven Bigio, CEO of the GB Group conglomerate.

GB Group, which is majority-owned by Gilbert Bigio, one of Haiti’s wealthiest men, has partnered at the port with Seattle-based SSA Marine, which will oversee operations. The Haitian state bank, International Finance Corp. and Dutch development bank are among institutions that invested in the project.

The port, which has two mobile cranes, two top loaders and 16 trucks, is scheduled to see its first ship Sunday.

Haiti is located on busy sea lanes between North, Central and South American markets, and independent shipping experts express optimism Port Lafito will be a boon for Haiti.

“This will go a long way at improving the commercial prospects of a country that is plagued with inefficiencies, corruption and rent-seeking behavior,” said Jean-Paul Rodrigue, a global transport expert and professor at Hofstra University in Hempstead, New York.

Martelly said Haiti needs “more models of this type of project” as it continues to recover from the 2010 earthquake that devastated much of the capital and surrounding areas.

The port sits next to a rapidly growing community called Canaan where so many people displaced by the quake carved out homesteads that it’s now considered Haiti’s fourth largest urban district. Residents hope the port will provide them with jobs.

“If it is possible to find work there that would really help the people in Canaan,” said shoe vendor Marck Louis Jean.