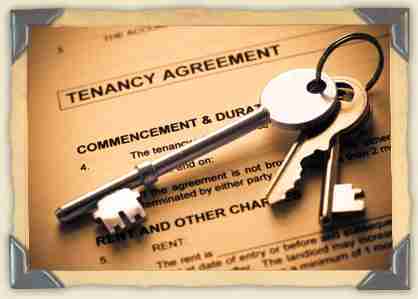 NEW YORK (AP) _ They’re accused of showing up unexpectedly, calling again and again, following their targets to work and even approaching their relatives.

They aren’t bill collectors or bounty hunters but a curious feature of New York’s superheated housing market: “tenant relocation specialists” hired to help landlords buy residents out of rent-stabilized apartments that could become much more valuable if they leave.

“They’re slimy. … They feel like if they do enough to scare you, you’ll just give up,” said Shawn Dahl, among the tenants whose complaints about stalker-like tactics have prompted officials to consider tighter controls.

While some relocation specialists say they respectfully broker good deals for tenants, they’ve come under scrutiny in New York, where skyrocketing rents have created an increasingly potent incentive to induce rent-stabilized tenants to leave.

Landlords often can get a vacant apartment deregulated, renovate and get triple the rent or more. There’s no one typical scenario, but in one Manhattan building, a rent-stabilized two-bedroom can rent for about $1,100 while market-rate ones started at $4,800.

“Tenant relocators are on the forefront of creating some of the serious problems we have with keeping affordable housing,” said Brandon Kielbasa of the Cooper Square Organizing Committee, a tenant advocacy group.

Buyout pressures and claims of intimidation are also playing out in other cities including San Francisco, though without a focus on third-party, professional relocators.

New York City doesn’t have statistics on complaints about tenant relocators. But CAAAV: Organizing Asian Communities says it has worked with 40 to 50 households approached by relocators in the last year.

City lawmakers heard a litany of unsettling stories at a hearing this spring: A resident getting multiple calls per week with a $16,000 buyout offer and threats of suits or jail if he refused, followed by relocation specialists going to his adult children’s homes to urge them to press him. A mother refusing repeated buyout offers, then finding a landlord’s agent chatting up her teenage daughter on the subject. A relocator approaching one man more than 10 times this year.

Dahl said former police officer Anthony Falconite made a series of intimidating moves: blocking a doorway when she tried to shut him out, needlessly waiting by her parked car on the street and helping the landlord approach her estranged girlfriend, unsuccessfully, about taking money to give up their rent-stabilized apartment in Manhattan’s East Village.

Still, the unwanted buyout suggestions persisted, including one that came right after renovations upstairs caused a hole in her ceiling and a sewage backup in her kitchen sink.

“You start thinking, `Am I going crazy?’ I just want to be left alone,” said Dahl, who has sued Falconite and her landlord. They have denied her claims in court papers.

Falconite and landlord 9300 Realty Inc. say he works in buildings as a private investigator. The decorated police and fire department veteran’s activities “have been consistent at all times with the requirements of the law,” his lawyer, Ed Spiro, said this week.

The landlord said in a statement it wants “to keep our tenants as long as possible” in buildings it invests in upgrading, and Falconite’s role has been to verify tenant identities in buildings with histories of illegal subletting and squatting.

But New York Attorney General Eric Schneiderman told Falconite in a letter that it believed he was working to relocate tenants by berating and browbeating them. Separately, Schneiderman made similar allegations about relocator Michel Pimienta, who agreed in October to pay a $40,000 fine and avoid relocation work for a year.

City lawmakers are proposing to prohibit buyout offers if tenants say they’re uninterested, require telling residents they can decline and make relocators pass exams to get special new licenses. Current law can require them to have real estate licenses.

“People’s homes are their sanctuaries,” and the city needs to stop them from being hounded there, says Councilman Daniel Garodnick, the licensing proposal’s sponsor.

Landlords say accounts of some strong-arming shouldn’t tarnish everyone who works out what can be welcome, profitable deals for tenants _ sometimes with six or even seven-figure cash payouts, nicer apartments or both.

“Not every offer for a buyout is necessarily a negative or rooted in harassment,” said Angela Sung Pinksy, a vice president of the Real Estate Board of New York, a landlords’ group. Some tenants even call owners unbidden to ask about cashing out, says landlord lawyer Niles Welikson.

Upper West Side real estate broker Jan Reynolds says her relocation work starts with taking tenants to lunch and sometimes ends with them getting snazzy new digs _ landlords may even buy a place and give the tenants low rent for life _ and six-figure settlements.

To tenants, she says: “This might be an opportunity, if you have a dream that money can move forward.”

And to landlords, she says: “You have to make it really worth their while” and be patient.

“You can’t get people to leave by bullying them.”

Previous post Fullback Bruce Miller back on the field for 49ers