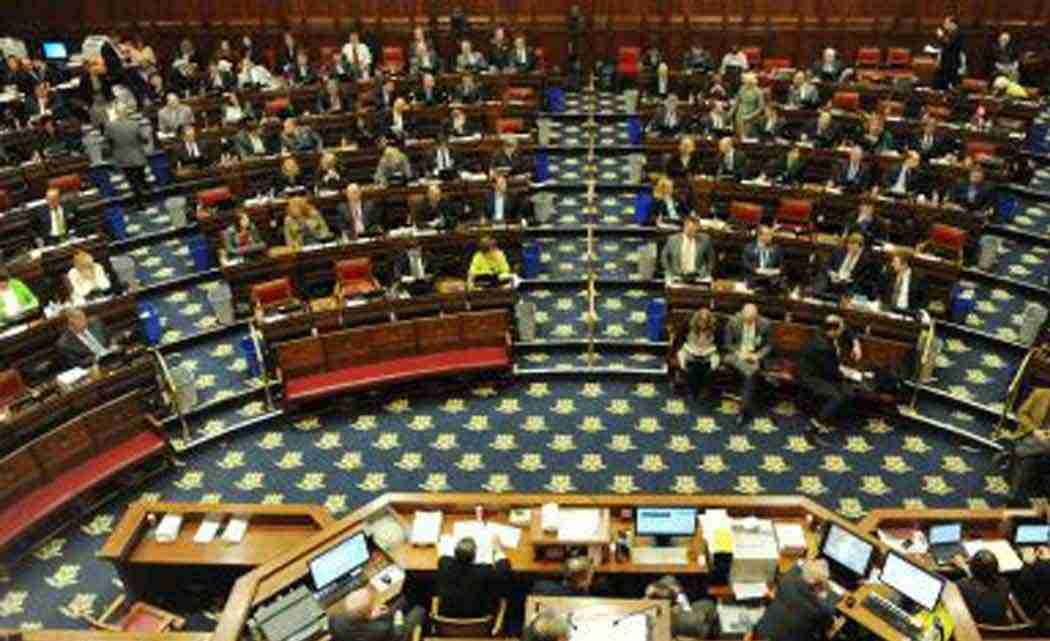 HARTFORD, Conn. (AP) _ After working through the night to secure enough votes, Democratic House leaders initiated debate at about 5:30 a.m. Wednesday on a state budget bill that major businesses have heavily criticized for raising taxes.

Connecticut’s General Assembly is scheduled to adjourn for the summer at midnight Wednesday. If a budget isn’t passed, the legislature will have to convene a special session to approve a budget for the fiscal year that begins July 1.

Ticking off the numerous proposed increases, he argued the budget “does not set us on a brighter path,” as the Democrats contend, but rather “it sets us backwards.”

Democrat Rep. Jeff Berger, co-chairman of the Finance Revenue and Bonding Committee, said some critics may claim the budget increases taxes by $1 billion, but he stressed to fellow lawmakers that “the majority of that money goes back to everybody’s communities.” One proposal would shift a small portion of the sales tax to municipalities and other initiatives.

Those plans were scuttled after General Electric Co., Aetna Inc. and the Travelers Companies Inc. each released rare public statements taking issue with about $700 million in business tax increases. GE and Aetna both questioned whether they would remain in Connecticut.

On Tuesday, Ridgefield pharmaceutical company Boehringer Ingelheim issued a similar statement that warned “the current proposal will undermine the financial feasibility of continued capital investments at our Ridgefield/Danbury site,” adding that the tax proposals were “short-sighted” and would “stifle innovation, especially research and development of critical medicines.”

Lawmakers also said they were receiving numerous calls and emails from small businesses and other groups affected by the budget.

The bill slightly scales back proposed taxes on data processing services and services to websites, but business interests remained dismayed by the overall package because it still includes many of the original business-related changes. For example, it still requires companies with a presence in Connecticut and other states to determine their tax liability based on the net income of the entire group.

“It doesn’t even begin to address the underlying problems with the bill,” said Joseph Brennan, CEO of the Connecticut Business and Industry Association. “We appreciate people at least taking a look at it, but it’s so far removed from what needs to be done.”

“This is a transformational budget that provides tax relief for middle income families, for working families in Connecticut, while also making a huge investment in our transportation system, which are two of the most important things that we’re facing right now in the state,” he said. “So, I know that those who are being asked to pay a little bit more don’t like it, but they’re also the same complaining about the system as it stands now.”

Next post Calif. student gets OK to wear eagle feather at graduation