How safe are our crumbling bridges and vulnerable buildings? 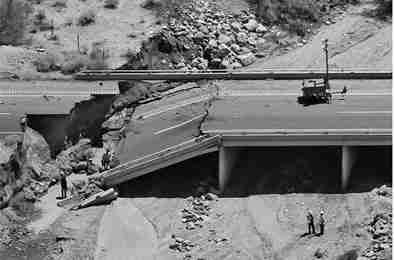 PHOTO COURTESY OF PAX ON BOTH HOUSES

WASHINGTON D.C. – America’s bridges need work. So do some of the nation’s buildings – both old and new – that were designed to avoid collapsing during an earthquake or other major catastrophe, but aren’t quite up to the task of remaining inhabitable after disaster strikes.

“Earthquakes are possible just about any place, not just in California,” said Douglas P. Taylor, president of Taylor Devices, which manufactures seismic dampers that protect structures during such events as earthquakes and high winds.

“New York, Ohio, Pennsylvania and many other places that you don’t usually think about can have seismic activity as Oklahoma recently did. If buildings, bridges and other structures aren’t designed to withstand the shock, they can endanger the lives of drivers and the building’s occupants.”

Taylor says these structural problems are more widespread than most people realize. Some of the issues include:

• Bridge aging and deterioration. Across the United States, 58,500 bridges are structurally deficient, according to a report by the American Road & Transportation Builders Association. That represents about 9.5 percent of the nation’s bridges. “That’s definitely a concern for the people who use those bridges every day,” Taylor said.

From a technological standpoint they can be fixed, but Taylor said he worries the money to do so isn’t coming any time soon, at least in part because the nation’s debt makes it difficult for the government to make the appropriate investment in the nation’s infrastructure.

• Older buildings without proper earthquake-resistant engineering. Some older buildings aren’t designed to withstand a seismic event. For example, many of the old brownstone apartment buildings in New York have “virtually nothing holding them together if the building whips back and forth,” Taylor says. Anything made of brick or concrete also can be problematic.

• The limits of building codes. Current building codes require that a new building be constructed so it won’t collapse during a major earthquake. But even when they remain standing, buildings can sustain enough damage to cause them to be condemned and therefore unusable. “People think that if they move into a brand new building that meets all the modern building codes, that their building will perform well during earthquakes and they will be able to inhabit them immediately after a seismic event,” Taylor said. “They also think the contents of the building, including personal items, will be intact. This is simply not true.” In this case, he says, a lack of awareness may be a major factor in keeping the necessary fixes from happening.

“I think you can look at the nation’s vulnerability in this area as a bad news and good news situation,” Taylor said. “Clearly, the bad news is the potential hazard for people and property. The good news is that we’re not facing something that’s unsolvable. We as a nation just need to recognize that these problems exist and have a determination to address them.”