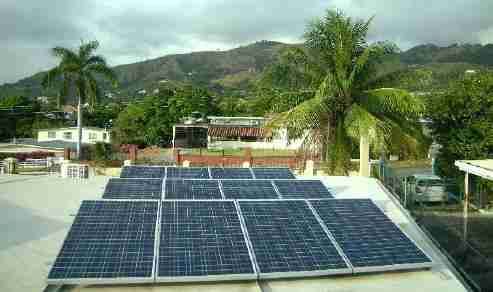 KINGSTON, Jamaica (AP) _ The U.S. government’s development finance institution has signed an agreement with a solar energy company to support a 20-megawatt photovoltaic facility in Jamaica.

The U.S. Overseas Private Investment Corp. finances more than $3 billion a year in developments around the world. On Thursday, it said it solidified a $47 million loan to support the solar project for Jamaica’s Clarendon parish.

The Jamaica project with some 98,000 photovoltaic panels is being developed by WRB Enterprises of Tampa, Florida.

Last year, Jamaica positioned itself to nearly double the amount of electricity it generates from renewable sources when it signed power purchase agreements worth about $200 million with Jamaica’s sole power provider.

A near total dependence on imported fuel for oil-generated power and punishing electricity costs has long hobbled Jamaica’s economy.