Millions expected to shop on Thanksgiving 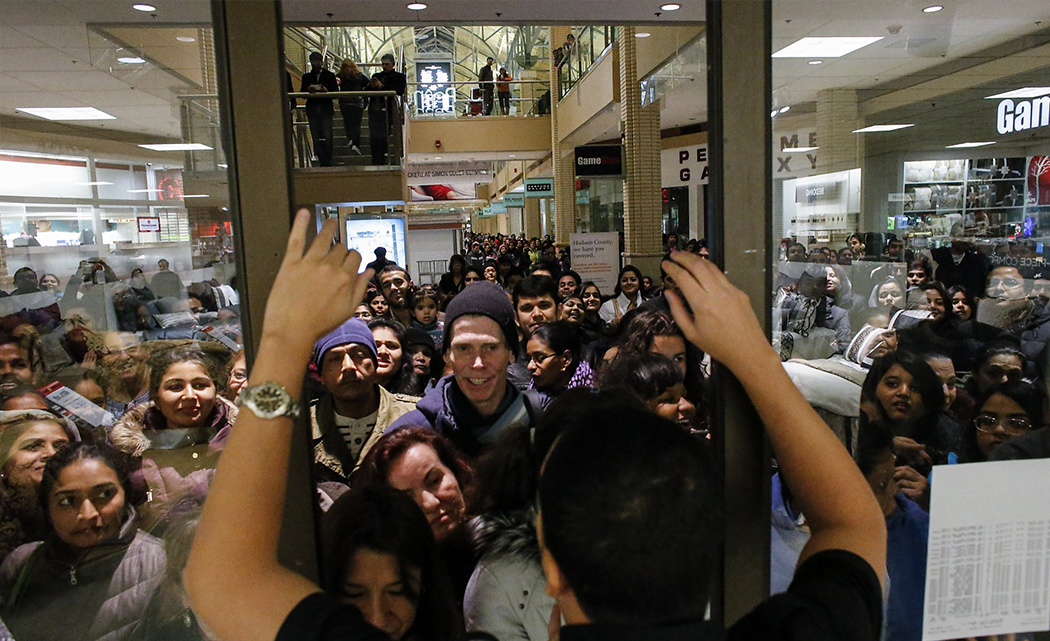 NEW YORK (AP) — Millions of Americans are expected to head to the stores for holiday gift shopping on Thanksgiving in what’s quickly becoming a new holiday tradition.

Just a few years ago when a few stores started opened late on the holiday, the move was met with resistance from workers and shoppers who believed the day should be sacred.

Last year, more than dozen major retailers opened at some point on Thanksgiving evening. And this year, at least half of them _ including Target, Macy’s, Staples and J.C. Penney _ are opening earlier in the evening on the holiday.

The Thanksgiving openings are one way retailers are trying to compete for Americans’ holiday dollars. Used to be that the day after Thanksgiving, known as Black Friday, was when they’d focus their sales promotions. But increasingly, they’ve been pushing those promotions earlier on Friday _ and eventually into the holiday itself _ to grab deal-hungry shoppers’ attention.

Bill Martin, co-founder of ShopperTrak, which tracks data at 70,000 stores globally, is expecting a sales increase of 3 percent to 5 percent to $2.57 billion to $2.62 billion on Thanksgiving. Last year’s figure grew two-fold from the year before.

The National Retail Federation expects 25.6 million shoppers to take advantage of the Thanksgiving openings, down slightly down from last year.

Kathy Grannis, a spokeswoman at the retail trade group, said that earlier promotions in the month and shoppers’ uncertainty about when they can get the best deals are factors that could lead to fewer shoppers coming out on the holiday.

Nevertheless, Thanksgiving is starting to take a bite out of Black Friday business. Indeed, sales dropped 13.2 percent to $9.74 billion on Black Friday last year. Analysts said Thanksgiving sales were in part responsible for the decline.

And Gerald Storch, who runs a retail consultancy called Storch Advisors, said stores that open on Thanksgiving get more of their share for the weekend than others who open on Friday.

Being first lures shoppers like Fred Peek of Atlanta. He plans to shop on Thanksgiving at Best Buy or Wal-Mart for a camera. Peek said that with more stores opening for a longer period of time on Thanksgiving, he believes shopping will be less hectic that last year.

“It won’t be such a rush trying to get to where I need to get to,” he said.

Not every store is opening on Thanksgiving, though. Some, including GameStop, Costco and Ikea, have said they won’t open because they want their workers to enjoy the holiday with their families.

“At GameStop, we often use the phrase `protect the family’ in reference to our business,” the video game retailer said in a company statement.

And not every shopper is happy about stores opening on the holiday. A number of petitions have been circulating on change.org targeting Wal-Mart, Target and other retailers for opening their stores on Thanksgiving, or starting their sales that day. Most of Wal-Mart’s stores already open around the clock.