Millions from taxpayers to be spent saving golf courses 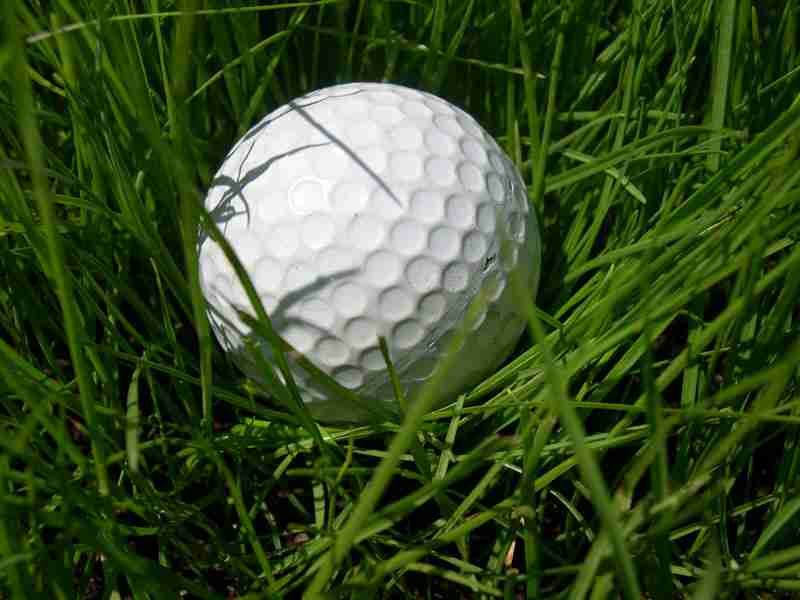 FORT LAUDERDALE, Fla. (AP) – As dozens of golf courses shut down for lack of interest, two South Florida cities plan to spend millions of dollars in taxpayer money to create what they call golfing destinations.

Some residents say the plans come at too high of a price for taxpayers, but officials say the golf courses will thrive because they will be exceptional.

-Tamarac so far has paid more than $4 million to buy the 262-acre Colony West golf course and make upgrades, such as adding new air-conditioning units, carpeting and golf carts. And it recently agreed to spend an extra $7.4 million for a new golf clubhouse. Under the plan, a Fairfield Inn & Suites by Marriott is expected to be built near the greens by next year.

-In Boca Raton, the Ocean Breeze Golf Club shut down last summer due to declining revenue and membership, but the Greater Boca Raton Beach and Park District is looking to buy it for $24 million and spend an estimated $10 million to $12 million in course renovations. Under the proposal, it could have a rebuilt hotel, a new pro shop and golf education center.

“South Florida has a limited amount of land supply and a growing population,” said Baker, whose company is building 645 single-family homes and townhomes at Hillcrest, a former golf course in Hollywood.

The government agencies’ plans come as many golf courses have shut down across the United States, according to the Jupiter-based National Golf Foundation. More than 200 golf courses closed nationwide in 2016, while only 15 opened.

Of the dozens of municipally run golf courses in South Florida, many of them were bought by the cities decades ago.

“Golf is a tough business,” said Richard Singer, the foundation’s senior director. “There are a lot of private businesses struggling. They have to step up – fish or cut bait – make it relevant to the consumer in 2017, or shut down entirely.”

Tamarac officials say the improvements at Colony West were part of a plan to prevent the course from being sold and developed. The city plans to create an attraction: a course with a clubhouse and banquet facilities. And the nearby 120-room Fairfield Inn & Suites by Marriott, which will include a pool and splash pad, will be another amenity that’s in short inventory for the city.

Daniel Berman, president of AD1 Global which will develop the hotel as a franchise, said he sees the potential in Tamarac.

“We saw the market is growing in the area,” he said. “We’re going to be next to the clubhouse; it’s a perfect fit for each other.”

And the new clubhouse will be “an economic development driver,” said city spokeswoman Elise Boston. “It will attract significant new banquet revenue, as well as serve to support the tourists and business travelers who stay at the hotel. And, it will continue to elevate property values in the area.”

To make the hotel plan happen, the city sold 2.2 acres to AD1 Global for $1.4 million in 2015. Instead of the city accepting cash at closing, the funds will go toward the estimated $7.4 million clubhouse. The city will borrow the $6 million difference from itself, and pay it back over 20 years.

Resident Alvin Entin said he is worried about the mounting costs and whether it will affect taxes.

“What’s going to happen going forward?” he said. “I don’t think it’s the greatest use of taxpayer funds I’ve ever seen.” On the other hand, it keeps those who live near Colony West happy, “because it keeps a golf course view in their backyard,” he said.

Donna Friscia, president of nearby Plum Harbor, said she’s glad the city bought the property years ago. Colony West is “getting more golfers every day – I see them,” Friscia said.

Indeed, there are signs of renewed public interest in the course, records show. In the first three months of the year, almost 30,000 rounds of golf were played at Colony West – compared with 15,000 during the same period in 2014, according to records. The numbers of rounds of golf almost doubled in fiscal year 2016 – 60,696 – from just two years prior, records show.

In Boca Raton, some residents have taken issue with the district’s price tag for the Ocean Breeze Golf Club, arguing it hasn’t made any effort to get a better deal on the course. The district is a special taxing entity that receives money from Boca residents and some unincorporated areas.

“The parks district is not acting as a steward of the public good,” Judith Teller Kaye, member of Boca Citizens for Fiscal Responsibility, said at the district’s meeting Monday.

Boca park district’s executive director, Arthur Koski, said at the Monday meeting that he is confident a destination course at Ocean Breeze could rake in $1 million to $2 million per year.

Koski and the rest of the district’s commissioners are scheduled to meet with the City Council on Monday to talk about getting a bond to pay for the course with hopes of closing a deal by October.

In Tamarac, Mayor Harry Dressler said he has no regrets about the Colony West purchase.

“It will pay for itself,” he said, “and that golf course ambiance” adds value to nearby homes, especially as available empty land in Broward shrinks.

Of about 2,500 municipally run golf courses across the country, there are 39 across Broward, Miami-Dade and Palm Beach counties, according to the Jupiter-based National Golf Foundation.

South Florida cities that take on running golf courses generally do see costs run at a deficit. But it was never about the cash, cities say.

Sunrise considers keeping its golf course open a public service. The city has many recreational, athletic, cultural and civic facilities, most of which don’t generate profits, Sunrise City Manager Richard Salamon. “We are committed to maintaining our golf club just as we are committed to providing our tennis center, swimming pools, athletic fields and municipal parks,” Salamon said.

Sunrise bought the Seven Bridges at Springtree Golf Club in 1974, two years after it opened. City spokeswoman Christine Pfeffer said this fiscal year’s deficit was almost $800,000. But that figure shows the finances are on the upswing: The city had been contributing $1.2 million a year toward golf course operations immediately after a $3 million redesign in 2010.

That same year, the city also gave up running the course to a management company. The course also got a $4 million clubhouse in 2004. Salamon said 38,000 rounds of golf are played there each year.

In Boca Raton, the city is willing to take a loss, too. The city owns two courses: the Alan C. Alford Red Reef Executive Course at Red Reef Park, which was part of a purchase in 1974, as well as the Municipal Course. City spokeswoman Chrissy Gibson said only the Municipal Course – known as the championship course – “typically breaks even and is self-supporting.”

And in Davie, the course doesn’t always turn a profit. The Davie Golf and Country Club, formerly known as Arrowhead Golf Course, was purchased by the town in 2011 for $4.5 million to keep it open space.

Pompano Beach built its own course in the early 1950s “to bring quality-of-life recreational activities to residents and visitors of Pompano Beach,” said city spokeswoman Sandra King. The course’s losses are $593,000 a year on average. The city spent $4 million in 2012 on renovations.