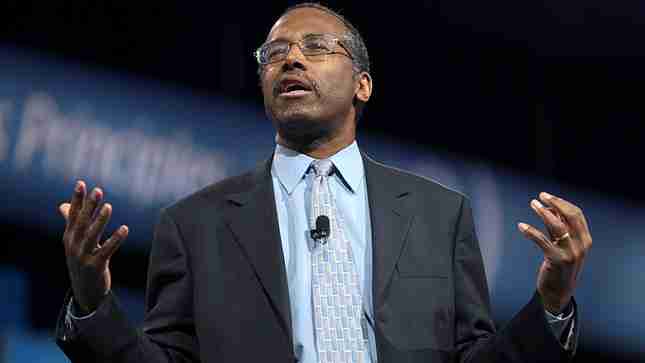 COLUMBIA, S.C. – Republican presidential candidates said Saturday their party must do more to convince poor Americans that conservative policy, and not an active federal government, will expand economic opportunity.

But the White House hopefuls, addressing a conservative economic forum in the early voting state of South Carolina, didn’t agree on all the details, particularly on taxes.

Moderated by House Speaker Paul Ryan, the event gave a half dozen candidates the chance to champion long-standing conservative ideas about alleviating poverty, such as letting states spend federal money on safety net programs without federal strings, and spending public money on independent charter schools and vouchers for private-school tuition.

Yet when New Jersey Gov. Chris Christie bragged that he doubled a key tax credit for low-income workers in his state, he met opposition from 2016 rival Ben Carson, who countered that the federal Earned Income Tax Credit is a “manipulation” of the tax code.

Carson calls for an across-the-board tax rate, with no deductions or credits for any household or business. He criticized progressive income tax rates _ the framework that has endured though decades of Republican and Democratic administration. “That’s called socialism,” he said. “That doesn’t work in America.”

Former Arkansas Gov. Mike Huckabee pitched his “fair tax,” a single-rate consumption tax to replace all other taxes on wages, investments and inheritance. “It’s a powerful unlocking of the economy,” Huckabee said. However, he said he would allow something similar to the Earned Income Tax Credit to ease the tax burden on low-income households.

Responding to Carson, Christie said he does not necessarily prefer the complications of the existing tax code. “If we were starting from the beginning, we could do things a lot differently,” Christie said. But, “We have to be practical.”

During his remarks, Florida Sen. Marco Rubio was interrupted multiple times by protesters angry about his immigration policy.

“He has brought fear to our community and we are here to tell him that our community needs to be treated with respect and dignity,” said Yadira Dument of New York, one of several protesters escorted from the forum by police and security guards. As a pair of protesters shouted, Rubio said, “We are going to enforce our immigration laws.”

Rubio was key in a bipartisan effort to overhaul immigration law and backed away from the initiative when it failed in 2013. He now calls for a piecemeal approach that only offers a pathway to legalization after the influx of illegal immigration is stopped.

The conference came as Republicans try to improve their standing among poorer Americans, who favored President Barack Obama in 2012, according to surveys of voters leaving the polling station.

Ryan said the old “War on Poverty,” a phalanx of government programs largely from Democratic administrations, “has been a stalemate.” Conservatism, he argued, “can open up a renaissance,” dismantling a system that “isolates the poor.”

About one in seven people lives below the federal poverty rate, which in 2014 was measured at about $19,000 per year for a two-parent household with one child, the government says.

The candidates Saturday mostly agreed that traditional welfare discourages work, rejected a minimum-wage increase and said the private sector and religious community should take on more responsibility for fighting poverty.

“Compassion is not measured by how much money you spend in Washington,” former Florida Gov. Jeb Bush said. “It’s acting on your sense of consciousness.”

Bush has proposed eliminating several federal programs and shifting money to states in the form of block grants to help poor families.

And Christie said his party must reach out in ways it hasn’t. “We need to be going into African-American churches … into the Hispanic community,” he said. “We need to go there, show up and campaign in places where we are uncomfortable.”

Next post 2 dead, 1 injured after car plunges into Lauderhill canal

Previous post Alaskan invited to State of the Union address