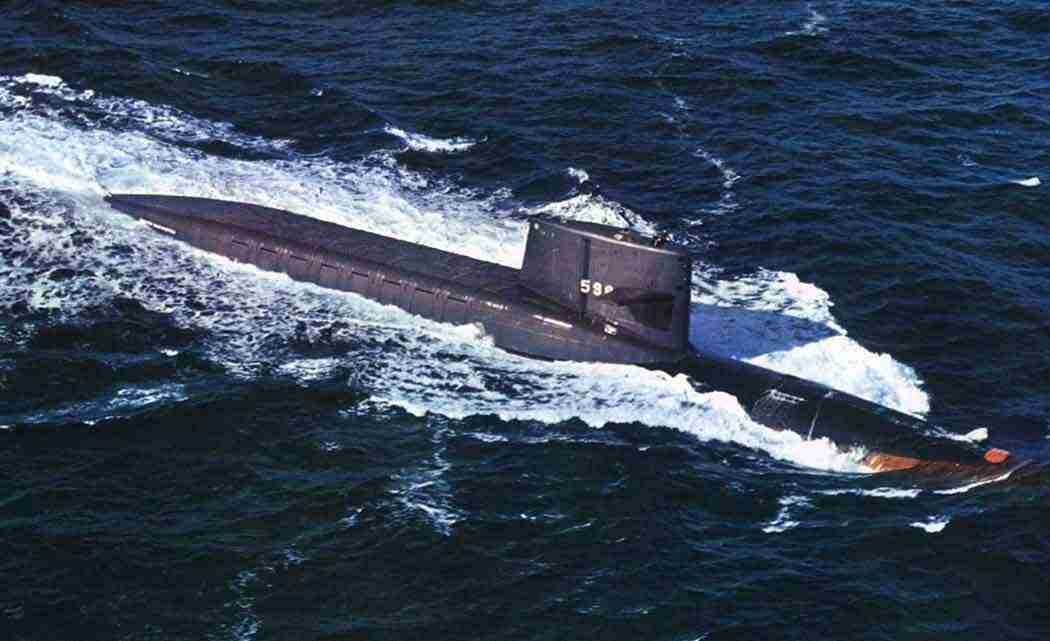 PYONGYANG, North Korea (AP) _ North Korea said Saturday it has successfully test-fired a newly developed ballistic missile from a submarine in what would be the latest display of the country’s advancing military capability.

Officials from rival South Korea previously had said that North Korea was developing technologies for launching ballistic missiles from underwater, although past tests were believed to have been conducted on platforms built on land or at water and not from submarines.

Security experts say that North Korea acquiring the ability to launch missiles from submarines would be an alarming development as missiles fired from submerged vessels are harder to detect before launch than land-based ones. North Korea already has a considerable arsenal of land-based ballistic missiles and is also believed to be advancing in efforts to miniaturize nuclear warheads to mount on such missiles, according to South Korean officials.

North Korean leader Kim Jong Un personally directed the test launching and called the missile a “world-level strategic weapon” and an “eye-opening success,” the official Korean Central News Agency said. The report did not reveal the timing or location of the launch.

Kim declared North Korea now has a weapon capable of “striking and wiping out in any waters the hostile forces infringing upon the sovereignty and dignity of (North Korea).”

The Rodong Sinmun newspaper published photos of a projectile rising from the surface and Kim smiling from a distance at what looked like a floating submarine.

The test might have taken place near the eastern coastal city of Sinpo, where satellite imagery in recent months, analyzed by a U.S. research institute, appeared to have shown North Korea building missile-testing facilities and equipping a submarine with launch capabilities. The KCNA in a separate report on Saturday said Kim visited a fisheries facility in Sinpo to offer “field guidance.”

South Korea’s defense ministry had no immediate comment on North Korea’s claim of a successful test.

Ministry officials have previously said that North Korea has about 70 submarines and appears to be mainly imitating Russian designs in its efforts to develop a system for submarine-launched missiles. North Korea is believed to have obtained several of the Soviet Navy’s retired Golf-class ballistic missile submarines in the mid-1990s.

Uk Yang, a Seoul-based security expert and an adviser to the South Korean military, said it was unlikely the North currently possess a submarine large enough to carry and fire multiple missiles. However, it’s hard to deny that North Korea is making progress on a dangerous weapons technology, he said.

The website 38 North, operated by the U.S.-Korea Institute at the Johns Hopkins School of Advanced International Studies, said in January that such capability posed a potential new threat to South Korea, Japan and U.S. bases in East Asia, although North Korea’s submarines tend to be old and would be vulnerable to attack.

There had been expectations that Kim would attend the Victory Day celebration in Russia on Saturday for his international debut, but North Korea has sent to Moscow the head of its rubber-stamp parliament instead.