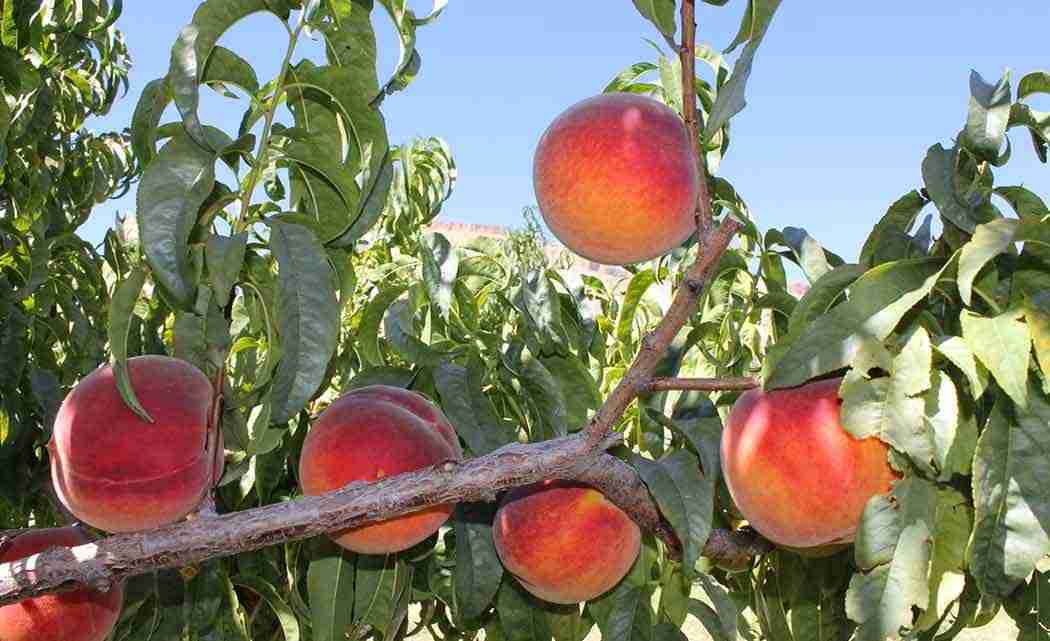 By THOMAS BARLAS
The Press of Atlantic City

BRIDGETON, N.J. (AP) _ The blossoms on the peach trees that cover 500 acres at Sunny Slope in Cumberland County are thick this spring.

The good weather and year-round, labor-intensive work required by the peach orchards are combining for a potentially good harvest, growers say.

“This should be a good crop,” Ronnie Thomas, Sunny Slope’s field manager, told The Press of Atlantic City (http://bit.ly/1A0Gfxe ).

Thomas has worked at Sunny Slope in Hopewell Township for 35 years, and he knows Sunny Slope’s orchard is part of an industry that makes New Jersey the fourth-largest peach-producing state in the country. He also knows the future of that crop is uncertain.

Much of that involves competition, he said.

California growers, who produce more peaches than any other growers in the country, are muscling in on the market at both ends of New Jersey’s peach-growing season, Thomas said. Peach crops in South Carolina and Georgia, which rank second and third respectively in the country, are surging, in part because lower growing costs make their products more affordable, he said.

For Thomas, the future of New Jersey’s peach industry is simple.

“If it’s profitable, good,” he said. “If not, we’ll switch to another commodity.”

Agriculture department figures also show the state’s annual peach harvest is between 60 million and 66 million pounds. That harvest translates to between $30 million and $35 million.

Peaches have been grown in New Jersey since the 1600s, according to the New Jersey Peach Promotion Council. There was, at one time, an estimated 4 million peach trees in Hunterdon County alone, making that area the peach-producing center of New Jersey.

The number of the peach trees in New Jersey is now estimated at fewer than 2 million, the council reports. The state’s main peach-growing region has also shifted to South Jersey, centered in Atlantic, Camden, Cumberland, Gloucester and Salem counties.

At least for this year, New Jersey peach growers are enthusiastic about what is growing on those trees.

“We had a little thinning of some buds on our very tender varieties,” said Santo John Maccherone, council chairman and owner of Circle M Farms in Salem County. “We still have a near full crop of most varieties and look forward to having a normal growing season for both our fresh markets and processing markets.”

“We are looking at a good peach crop, based on what we have been seeing during bloom,” said Lewis DeEugenio Jr., president of the Gloucester County-based Jersey Fruit Marketing Cooperative.

While the peach blossom bloom is the most visible advance indicator of the state’s late June-through-September peach harvest season, it’s the result of a lot of less visible work.

Thomas said Sunny Slope employs about 25 people who work in the peach orchards year-round. They do the time-consuming work of pruning peach tree limbs to encourage new growth and thin the peach blossoms, he said. Thinning the blossoms is necessary to give the peaches room to grow.

Maccherone said the loss of so many peach blossoms during the thinning process shouldn’t be alarming.

“A mature peach tree may have 5,000 flowers, with only 5 to 10 percent needed for a quality peach crop,” he said. “That leaves room for a lot of error, whether caused by the grower or weather.”

Where those picked peaches eventually go can affect the future of the state’s peach industry, Thomas said.

Growers and other entities have to convince New Jersey residents to buy more locally grown peaches, he said. More emphasis must be placed on getting chain stores, which often buy fruit from other states and counties, to buy from New Jersey growers, he said.

“We can supply a good product,” Thomas said.

Some help may be coming from the state Department of Agriculture. The department is proposing new rules to deal with what it calls the “misidentifying” of farm products sold in New Jersey as “local.”

State officials said the federal government has set no national definition for “local,” “locally grown” or “locally produced.” That allows fruits, vegetables, milk, cheese and other farm goods produced outside New Jersey to be labeled and marketed in New Jersey as “local,” they contend.

Under the state’s proposal, the only farm products that can be labeled, marketed or sold in New Jersey as “local” must be grown or produced in the state.

Next post No chicken fingers here: Eatery has gourmet menu for kids