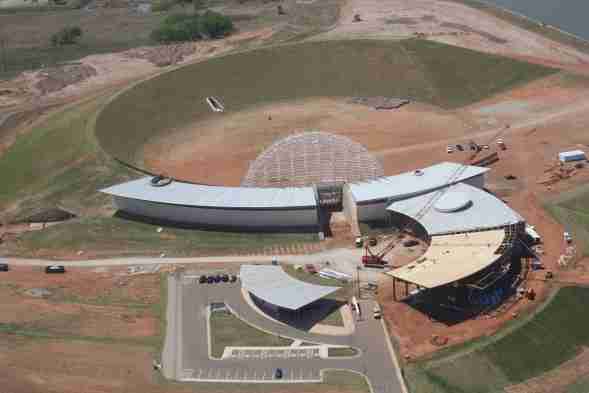 OKLAHOMA CITY (AP) _ The Oklahoma House has passed legislation to complete the unfinished American Indian Cultural Center and Museum and turn it over to the city of Oklahoma City for operation and maintenance.

Without debate, House members voted 58-36 for the measure Monday and sent it to the Senate for consideration.

The measure by House Speaker Jeff Hickman of Fairview would authorize $25 million in bonds to complete construction of the structure located along the banks of the Oklahoma River near downtown Oklahoma City. Hickman says The bonds would be paired with $40 million in matching funds from private companies, tribal entities and the city.

The proposal also calls for the facility to be transferred to the city which would be responsible for its operation and maintenance.