Olive Garden: At least 1 more breadstick creation on the way 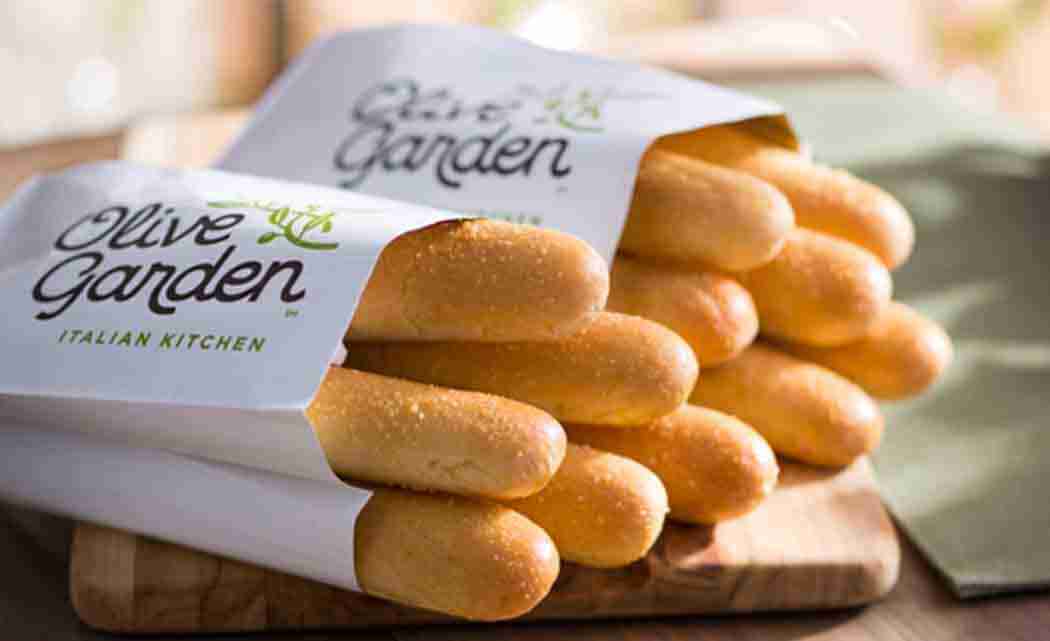 The Italian restaurant chain said earlier this month it would introduce “breadstick sandwiches’’ as part of a broader menu revamp intended to play up its most popular offerings. The sandwiches don’t arrive until June 1, but Olive Garden already has a follow-up act planned with “breadstick crostini’’ in August.

The “breadstick crostini’’ _ or toasted bread _ will be sliced and used as part of an appetizer, said Jose Duenas, Olive Garden’s executive vice president of marketing.

“The flavor profile of the breadstick is powerful,’’ Duenas said in an interview.

Olive Garden, which is owned by Darden Restaurants Inc., has been fighting to hold onto customers as competition has intensified from rivals that are seen as quicker, more affordable and more in line with changing tastes.

To win back diners, the chain has tried to modernize its image by ditching its long-running TV ads evoking Old World charm and adding menu items to offer greater variety. Now under new management, Olive Garden says it wants to focus on the things it does best, rather than chase trends.

To enhance its unlimited salad, for instance, Duenas said Olive Garden will start offering grilled chicken as a topping. It will also bring back a variation of its “Tour of Italy’’ dish, which includes smaller portions of three entrees.

The breadstick creations are notable in part because of a public spat last year with an investor that was trying to take control of the company. Among other criticisms laid out in a nearly 300-page presentation, Starboard Value said Olive Garden wasn’t being disciplined in distributing its unlimited breadsticks, which led to waste. It also said the quality of the breadsticks seemed to have declined and compared them to hot dog buns.

Soon after, Starboard ended up winning control of Darden’s board of directors. Olive Garden hasn’t said what changes it has made _ if any _ to address the criticisms detailed by Starboard. But during an appearance on “Wall Street Week’’ earlier this month, Starboard CEO Jeff Smith said “it might surprise people that I actually like the breadsticks.’’

Since the breadstick sandwiches were announced, Olive Garden executive chef Jim Nuetzi said he has been getting other suggestions for dishes that incorporate breadsticks.