Owners of alleys note the business of bowling is changing 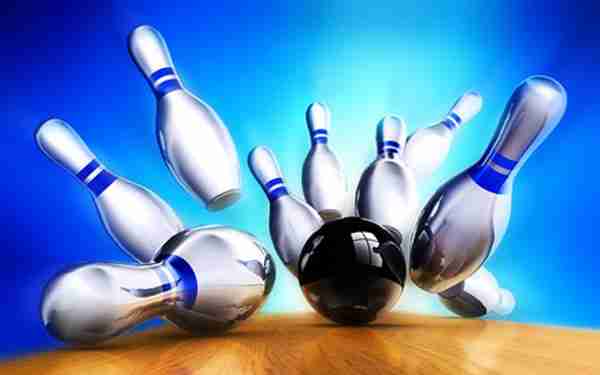 By ZACH OSOWSKI
The Herald Bulletin

ANDERSON, Ind. (AP) _ Bowling, like golf, is undergoing a change in who plays and how many people play. Some bowling alleys have closed down, bowling leagues have shrunk and alleys still in business have added other attractions to try to bring in more people.

Cooper’s Sport Bowl, now Championship Lanes, is under control of a new owner, David Small, who is creating a bowling empire of sorts with lanes in Anderson, Noblesville, Kokomo, South Bend and Fort Wayne. Championship Lanes had been under one family for 50 years before being sold to Small.

Whether they sell or soldier on, bowling alley owners are faced with the reality that the industry has changed. No one knows this better than Barry Ellis, who has owned Norwood Bowl in Alexandria for 37 years.

“It has definitely changed,” Ellis said. “It’s become more socialized. It used to be everyone was in a league and it was competitive. Now people come to play on a team and hang out with their friends.”

Instead of intense team bowling two or three times a week, Ellis said leagues are usually one night a week and offer couples a chance to hang out with friends and get a break from the children as much as anything.

Lanes are now more than just a place for bowling. Many have added other attractions, from restaurants to arcades, to try to bring in as many people as possible. Ellis said he’s heard of bowling alleys adding even more extravagant items like a putt-putt golf course or volleyball courts.

“Business is really bad for bowling in the summer,” he said. “So some places try anything they can to get people to come out.”

Cooper’s Stardust Bowl, now Bowl 32, in Noblesville is one that has tried to add as much as possible, including an indoor, glow-in-the-dark putt-putt course.

Everything is part of a trend to try to attract a younger crowd to bowling. A recent article by USA Today found bowling was becoming much more of a white-collar sport as opposed to 20-30 years ago. Older alleys are on the way out as newer, modern facilities come in.

But some, like Norwood Bowl, continue to chug on. Ellis laughed when asked why he’s managed to make it almost 30 years as owner.

“I’m not really sure,” Ellis said. “I try to be nice to people and treat them fairly. They seem to keep coming back.”

The real trick for bowling alleys is bringing in younger people. Ellis said the majority of his league members are middle-aged or older. People with more set schedules, as he put it. He said young people come in but it’s unpredictable.

“Young people have a lot going on these days,” Ellis said. “They’ll come in every now and then but it’s hard to tell when.”