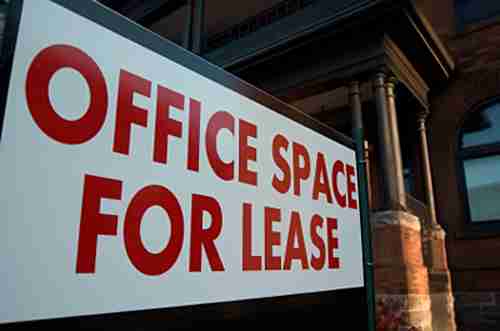 NEW YORK (AP) _ Rising commercial rents in newly trendy areas are forcing some small companies to change not only where they do business, but how they do it.

When Turchin Jewelry’s owners decided to leave Miami’s Design District rather than absorb a rent increase of $18,000 _ more than triple what they were currently paying _ they couldn’t find affordable retail space. They ended up in a suite in a building near a marina with far less pedestrian traffic. Now, instead of relying on retail customers they are becoming more of a wholesaler, marketing their artisan jewelry to other stores.

“We went from a mom-and-pop store to, how can we grow a brand and how long is it going to take,” Theresa Turchin says.

As neighborhoods across the country transform from shabby to trendy, rising rents have forced independent retailers and other small businesses to move and in some cases remake their businesses to fit their new locales. Once they get settled in, owners are left with the concern that the whole cycle could happen all over again if their new neighborhood gentrifies, too.

PRICED OUT OF THE RETAIL BUSINESS

Turchin Jewelry opened in the Design District in 2007, when the area was known for muggings and purse snatchings. Theresa Turchin and her husband Tommy found space near a popular restaurant that drew affluent people. Their jewelry, priced from the low hundreds into the thousands of dollars, sold well.

In 2012, luxury stores like Louis Vuitton and Cartier began moving in. When the Turchins’ lease was up for renewal last year, the landlord wanted $18,000 a month; they had been paying $5,000.

“Your rent should be 10 percent of your expenses per month. We were doing our numbers and it just didn’t make sense,” Theresa Turchin says.

They settled into a suite, not a storefront, five miles away in Miami Beach, paying $3,000 for half their previous space. They knew the new location wouldn’t bring them sales from passers-by, so they decided to become wholesalers. They learned how to appeal to retailers; for example, by creating displays for storeowners to show off the merchandise. They targeted retailers like opticians with a necklace that doubles as an eyeglass holder.

Brooklyn Brewery found warehouse space in 1990 in Williamsburg, then a run-down neighborhood in New York’s borough of Brooklyn. Commercial rents were about $3 per square foot per year, making the annual rent for the warehouse $90,000, says Steve Hindy, a co-owner of the brewery. Now Williamsburg is one of the city’s trendiest sections, and rents are at least $30 a square foot _ which means a lease signed today would cost more than $900,000.

“The prices are way beyond what any manufacturer could afford to pay,” Hindy says.

Although Brooklyn Brewery has 10 years to go on its lease, it’s already looking for space in other parts of Brooklyn, some of which may also become expensive, Hindy says. This time, the company will protect itself from soaring rents.

“We are insisting on buying any place where we’d build a brewery,” Hindy says.

The rent was going to double to $6,000 a month for Keli Faw’s fabric store in Seattle’s Ballard area. She operated Drygoods Design in the once run-down neighborhood for two years, selling in the back of a coffee shop. She wanted a storefront, but couldn’t afford $3,000 more a month.

Faw found a store six miles away in Pioneer Square. For years the area was known for having homeless people and drug activity. Today, it’s turning around. Restaurants and hotels are opening, and paper producer Weyerhaeuser Inc. is moving its headquarters there.

Because her store is more visible and larger than the Ballard location, Faw’s focus isn’t only selling fabric. At least 50 percent of her merchandise is different; she stocks tote bags and other merchandise that appeal to passing tourists. She turned part of the store into an art gallery. Her rent is 30 percent higher than in Ballard.

Faw’s concerned that when her five-year lease is up, she’ll need to move again because Pioneer Square may attract other merchants who can afford even higher rents.

“We may be contributing to the same thing,” she says.

Next post Spieth a young man on cusp of history at St. Andrews