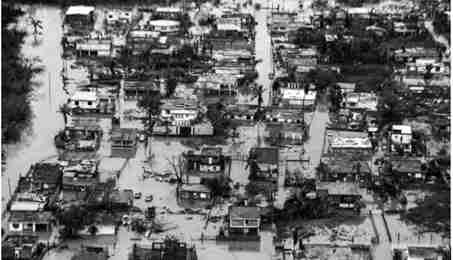 WASHINGTON (AP) – The Senate is pushing ahead on a $36.5 billion hurricane relief package that would give Puerto Rico a much-needed infusion of cash.

The measure also would replenish rapidly dwindling emergency disaster accounts and provide $16 billion to permit the financially troubled federal flood insurance program to pay an influx of Harveyrelated claims. But it rejects requests from the powerful Texas and Florida congressional delegations for additional money to rebuild after hurricanes Harvey and Irma.

The measure was certain to sail through Monday’s procedural vote and a final vote was expected no later than Tuesday. That would send the measure to President Donald Trump for his signature.

There is urgency to move the measure swiftly – rather than add more money to it at this time because the government’s flood insurance reserves are running out.

Still, members of the Texas and Florida delegations in Congress are unhappy because the measure failed to address extensive requests for additional hurricane rebuilding funds. Texas, inundated by Harvey in August, requested $19 billion, while Florida sought $27 billion.

“I’m pretty disappointed with what the House sent over,” Texas GOP Sen. John Cornyn said Thursday. But later, after speaking to both Trump and White House budget director Mick Mulvaney, Cornyn said he was promised that the White House would issue another disaster aid measure next month that would provide muchneeded help for Texas, Florida, and Puerto Rico. A fourth, and perhaps final, measure is likely to anchor a year-end spending bill.

The measure currently before the Senate contains $577 million for wildfires out West that forced agencies to tap other reserves for firefighting accounts and FEMA money for the disastrous fires in northern California.

Republicans dragged their feet last year on modest requests by former President Barack Obama to combat the Zika virus and help Flint, Michigan, repair its lead-tainted water system. But they are moving quickly to take care of this year’s alarming series of disasters, quickly passing a $15.3 billion relief measure last month and signaling that another installment is coming next month.