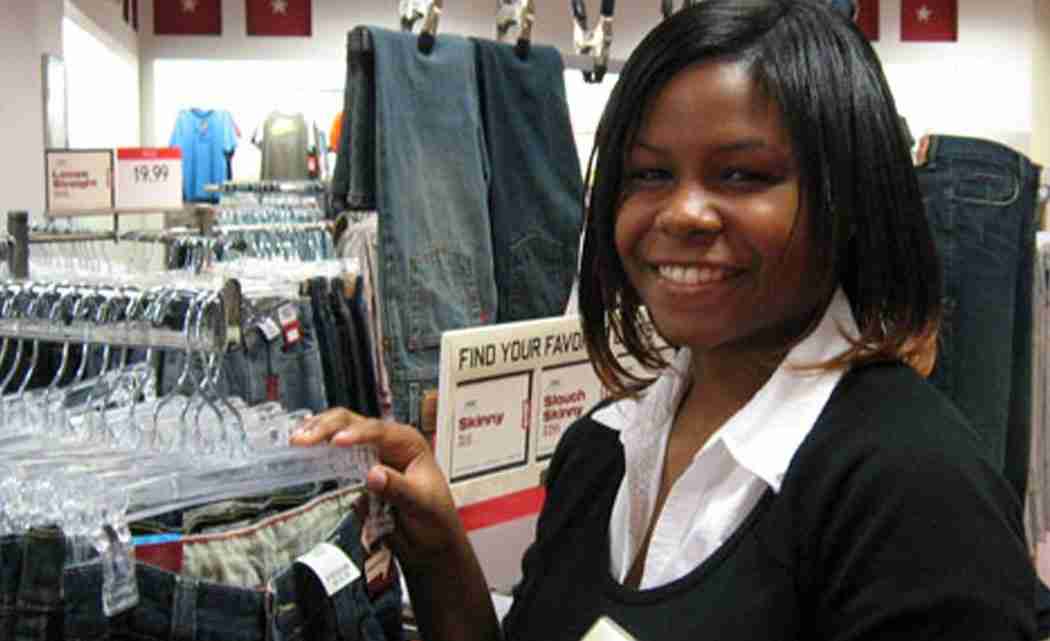 WASHINGTON (AP) _ African-American and Latino cashiers, salespeople and first-line managers are paid less, are less likely to be promoted off the floor and more likely to be poorer than their white counterparts in the retail industry, a new study showed Tuesday.

The study, done by the NAACP and Demos, a public policy organization, found that in the major jobs held by retail workers, African-Americans are paid the least, followed by Hispanics. They also are less likely to get full time jobs instead of part time and are underrepresented in management positions.

This could be a problem in the future for retail with the number of minorities in the United States steadily increasing, said Catherine Ruetschlin, a Demos senior policy analyst and co-author of the report.

“If workers from those racial and ethnic categories continue to be systematically excluded from opportunity, that means that our labor market will be serving less than half the population in a way that’s really meaningful for families who want to pursue the American dream,” Ruetschlin said.

There are 10 million non-Hispanic whites, 2.3 million Hispanic, 1.9 million African-American and 800,000 Asian workers in the retail industry.

More African-Americans work in retail than any other industry other than education and health services, according to researchers. But in retail, black and Hispanic workers are paid the least and given the fewest opportunities to advance, the study said.

Hispanics and Asians do better than blacks in most categories but worse than whites. Hispanic and Asian cashiers make $9.23 and $10.58, as well as $11.71 and $13.73 as salespeople. Hispanics lag behind black supervisors in pay, making only $15.38 but Asian supervisors make $18.12.

In addition to getting paid less, and being more likely to live below the poverty line, black retail workers are also less likely to get promoted out of their lower-paying jobs into management and professional occupations in retail. While African-Americans and Hispanics make up 14 and 17 percent of cashiers and 12 and 15 percent of retail sales, they only make up 8 and 13 percent of first-line supervisors, the study showed.

Whites make up 59 percent of the cashiers, and 65 percent of retail sales. But when it comes to first-line supervisors, their numbers jump up to 71 percent. The numbers of Asians stay about the same across all three positions, either 6 percent for supervisors and cashiers or 5 percent for sales.

Several cities and states are considering raising their minimum wage to $15 an hour.

Many companies also are making changes in their pay and in the hours they offer employees as the economy gets better and workers can get better jobs, said Dedrick Asante-Muhammad, senior director of the NAACP Economic Department and executive director of the NAACP Financial Freedom Center. But with high African-American unemployment, that shift has yet to affect black communities as much yet.

“We find in our communities we don’t have as nearly as tight of a labor market, so that means we can’t vote with our feet by leaving these jobs,” said Asante-Muhammad, who co-authored the report.