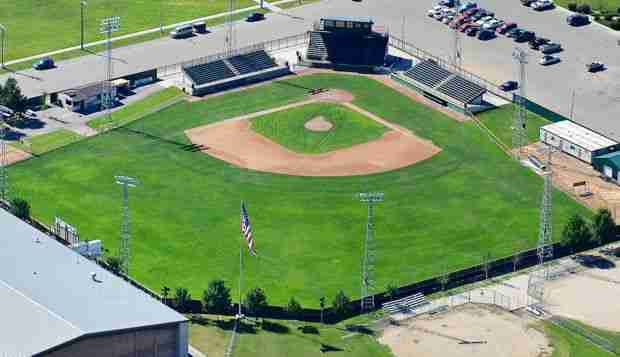 WILLISTON, N.D. (AP) _ A baseball stadium in Williston will receive about $110,000 in renovations before teenage players arrive next summer for the Babe Ruth World Series.

Plans to spruce up Aafedt Stadium were unveiled Monday with improvements that include planting a row of trees, as well as flowers, near the first and third base lines, the Williston Herald (http://bit.ly/1OQkT8Z ) reported. The work would be finished before the first snow this year.

“This is a big deal for Williston, a big deal for the baseball committee and this could be one of the largest and most imposing projects you’ll notice,” Babe Ruth World Series Chairman Larry Grondahl said. “We’ve put over $1 million into Aafedt Stadium since 1990, and we’ve raised over $900,000 of that through private funding.”

The Babe Ruth World Series Committee plans to pay for the improvements by selling 8-inch-by-8-inch bricks that can be engraved. The committee plans to offer 538 slots in the concourse behind the home plate grandstand for $300 apiece. If all of those slots sell out, another 362 slots are available elsewhere in the stadium and could also be sold to raise money for the project, Grondahl said.

If the engraved bricks are popular, surplus funds could be used to fortify grandstands, improve fencing on the field and next to the bullpen, and repair and reseal the asphalt behind the concession stand.

“We’ve put a lot of time and effort into this ballpark,” said Garvin Semenko of Williston Boys Baseball. “Our goal is to improve baseball in the Williston community altogether. I don’t know any (sporting) event that brings more people to Williston . Buy a brick, get you or your family’s name on it. We’re looking forward to improving baseball throughout the city, from the 9-year-olds on up _ make a better program, make a winning program.”

The design of the Aafedt Stadium Plaza Renovation Project was inspired by a number of professional ballparks, including Minneapolis’ Target Field, said Rosemary Hoover of contracting firm Morris and Ritchie Associates, Inc.

The event was last held in Williston in 2013, according to the newspaper.