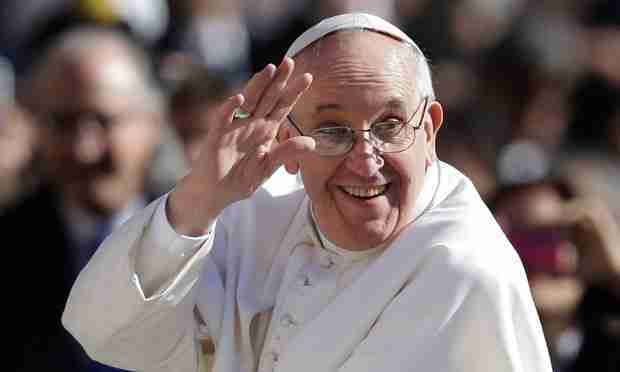 FAIRLESS HILLS, Pa. (AP) _ The president of the World Meeting of Families says the estimate of the economic impact of Pope Francis’ visit to Philadelphia in September continues to grow.

KYW-TV (http://cbsloc.al/1IkqSlp ) says Bob Ciaruffoli (kyar-ah-FOH’-lee) told the Bucks County Chamber of Commerce on Wednesday that a study done by the group _ which is hosting the pope _ estimated the economic impact at $418 million.

But now the group believes that will surpass $500 million based on the growing number of visitors expected.

He says the World Meeting has secured hotel rooms from as far away as Atlantic City and the Poconos to accommodate the crowds coming to see the pope. The initial estimate was based on the assumption that visitors would stay in the city and its immediate suburbs.