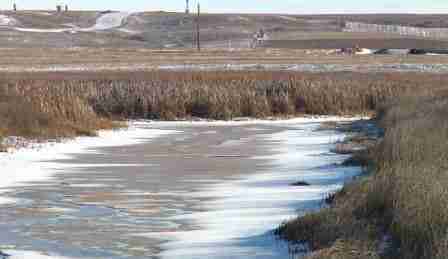 The department says Sampson Resources reported the spill and said almost 10,000 gallons have been recovered so far at the site seven miles northwest of Crosby.

No surface waters have been impacted by the spill.

Brine is an unwanted byproduct of oil production and is considered an environmental hazard by the state. It is many times saltier than sea water and can easily kill vegetation exposed to it.

Department of Health officials are responding and say they will work with the company on a remediation plan.