‘A Matter of Choice’ released 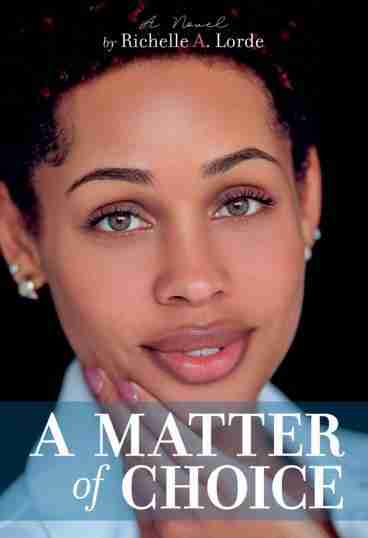 MIAMI (Black PR Wire) – From serving as a senior pastor of a megachurch in Miami Gardens, to her role as the ﬁrst and only female chaplain for the city’s police force, a former model and beauty queen with a lifelong burning desire to expand her love for writing and business development has leaped to a new level.

Richelle A. Lorde’s love for literature has manifested in her debut book, “A Matter of Choice,” an inspiring ﬁction novel.

“A Matter of Choice” focuses on Alicia, who ﬁnds out who she really is and how her journey to venture a path that refuses to settle for social and gender divide, sexism and the like, unlocks a truth within her that changes her very existence – just when life couldn’t get any better.

The riveting story of a young woman’s journey into the essence of who she was created to be brings a sense of selfreflection, as much of Alicia’s world events in some way or another can easily mirror our own.

“I am so excited to release this novel, “A Matter of Choice.” It is a captivating novel and one that I strongly encourage the readers to share in Alicia’s wonderful discovery and to be a part of the fan club that cheers her on from chapter to chapter and book to book,” says Lorde.

“Like Alicia, sooner or later, we will all realize that life decisions are just a matter of choice. My hope is that this novel takes each reader on a deep and inner-personal track on who they are and where they are going in their lives.” Lorde, a Miami native, has always exempliﬁed a gift for writing. She received her bachelor of arts degree in Creative Writing from Florida State University 1999; and her master of arts degree, also in Creative Writing, from Florida Atlantic University in 2002.

An exceptional woman of many talents, Lorde minored in theatre as an undergrad, and traveled abroad to study the art of theatre in London, England.

Additionally, she was a contestant in both Florida pageant systems and was crowned Miss South Florida Coast in her ﬁnal competition debut for the Miss America system.

Lorde has served as adjunct professor of English Literature and Composition at Broward College. Since 2014, she has served as a chaplain for the City of Miami Garden’s Police Department. Since her ordination into the ministry in 2008, she has served as a youth minister and associate pastor, among other positions in the ministry. In 2019, she became the senior pastor and executive vice president of Jesus People Ministries Church International.

Lorde has received many accolades, recognitions and honors throughout her career. Most recently, she is the recipient of Legacy Miami’s Most Influential Woman in Business for 2019 and 2020. A wife and mother of four, she is also the CEO of RAW Creativity, Inc. and the designer and principal owner of Klassik Michelle Handbags. She is an active member of Alpha Kappa Alpha Sorority, Inc.

“A Matter of Choice” retails for $14.95 and includes free shipping. Visit anrpublishing.com.

Previous post Tua time? Even at 1-3, Flores says not so fast