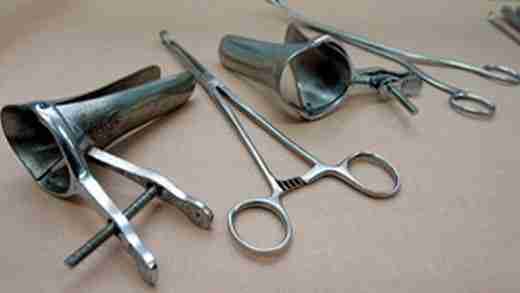 Tallahassee, Fla. (AP) – Republican lawmakers in Florida moved closer to enacting legislation to require parental consent before a minor can get an abortion, clearing a key hurdle Thursday in the state Legislature.

After a civil but passionate hourlong debate, the Senate voted 23-17 along party lines to endorse the measure, which now awaits action in the state House. Gov. Ron DeSantis, a Republican, has said he supports the effort in the GOP-led Legislature.

Florida would join 26 other states in requiring at least one parent give written permission authorizing a doctor to terminate the pregnancy of a minor. Doctors who perform abortions without the parental consent of a girl under 18 would face up to ﬁve years in prison for a third-degree felony.

“This is not a pro-choice, pro-life bill,” said Kelli Stargel, a Republican from central Florida, who sponsored the bill. She recounted her own experience as a pregnant teenager in deciding against terminating her pregnancy.

“It’s about whether or not you’re going to have an adult be involved with difﬁcult decisions with children,” she said.

Abortion rights advocates say the proposal would further erode protections under Roe v. Wade, the 1973 landmark U.S. Supreme Court decision that legalized abortion. Since then, abortion opponents have sought to restrict access, particularly on the state level where debate has intensiﬁed in recent years over funding abortion providers and deﬁning when life begins.

“I don’t believe the state of Florida should force children to have children,” said Sen. Lauren Book, a South Florida Democrat, who spoke against the bill.

A similar effort passed the House last year, but the corresponding Senate bill failed to make it out of committees for full Senate debate _ which made the Senate’s approval on Thursday all the more signiﬁcant.

Thursday’s clash in the Florida Senate was the latest in a long history of discord over abortion in Florida and elsewhere.

If the parental consent bill is enacted into law, it will certainly be challenged in court.

“If I believe that we were putting something forward that would not withstand a court challenge, we would go back and rethink it. I’m conﬁdent that this legislation will move forward and be successfully upheld,” Senate President Bill Galvano told reporters after the vote.

“This was a big issue, is an important issue and one that I’m glad to see on its way to the Florida House,” he said. In 1979, the Florida Legislature enacted a similar parental consent law but was later struck down a decade later by the Florida Supreme Court, which ruled that a woman’s right to privacy extended to pregnant minors.

Anti-abortion forces returned to the Legislature and won support for lessrestrictive notiﬁcation rules. Under current law, girls under the age of 18 are required to tell a parent or guardian but don’t need their permission before getting an abortion.

Under the proposal, a pregnant girl can petition a court to get an abortion if a parent does not consent. It would also remove the consent requirement in cases of medical emergencies when there isn’t enough time to obtain written permission from a parent.

Florida has among the country’s strongest privacy protections, noted Laura Goodhue, the executive director of the Florida Alliance of Planned Parenthood Afﬁliates.

“What they’re trying to do is challenge Florida’s strong privacy rights with this law,” she said, suggesting that the proposed consent law is being used as a vehicle to undermine those protections at a time when some courts are becoming more ideologically conservative.

Next post Stop the world, I want to get off!