Bounce it out: Students on exercise balls concentrate more 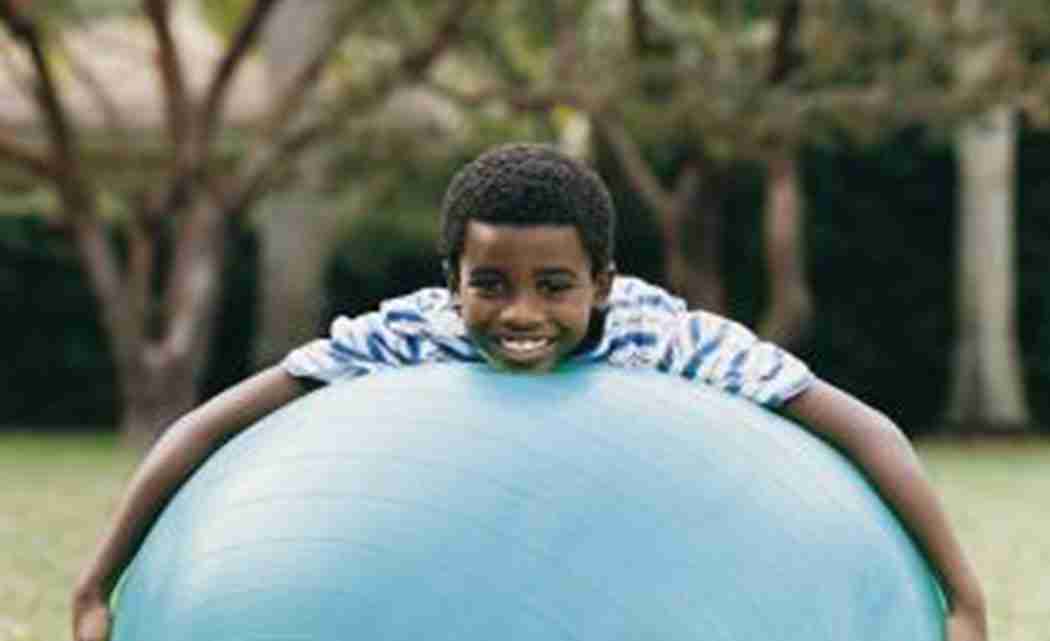 By ANNA PATRICK
The Charleston Gazette

CHARLESTON, W.Va. (AP) _ Brady Stafford sits quietly, his feet flat on the floor with pencil in hand, as he pours over the math problems before him trying to solve for the mean, median and mode.

His quiet, determined expression is overshadowed by one thing: He can’t stop bouncing.

The fourth-grader’s head bobs up and down as he plugs in numbers on his calculator. And he’s not alone.

Looking across Jamie Persinger’s fourth-grade class at Overbrook Elementary School during one of the final instructional days of the school year, 25 students are working to solve their math problems, while sitting on colorful, bouncy exercise balls. Almost all of them are bouncing.

“When the students are sitting on the balls, their bodies are engaged and their brains are engaged,” said Josh Grant, coordinator in the Office of Secondary Learning at the West Virginia Department of Education.

Persinger said she received the inspiration to replace her traditional classroom seating after attending a recent training Grant held through the Department of Education on ways to incorporate physical activity into the classroom. Grant is working throughout the state to offer ways for teachers to fulfill a state law that requires children in elementary and middle school to get 30 minutes of exercise daily beyond their recess time.

Persinger’s seating shift happened in stages. After attending the March training, she purchased four balls and brought them into the classroom.

If students completed specific homework for their reading program, their name would be thrown into a hat for the chance to get to sit on the balls.

After one week of allowing everyone to try out the exercise balls, the class was sold. Persinger sent home a note to parents explaining the experiment and asking for donations to provide exercise balls to every student.

Before she knew it, students were bringing in ball after ball _ dotting the plain tile floor with giant balls of color in pinks, greens, blues and grays _ until eventually the entire class was able to stack up all of the hard plastic chairs and push them into retirement against a wall.

“Next thing you know, I have a whole class of yoga balls. One parent sent four in, another sent two, but everybody got yoga balls,” Persinger said.

Since students were able to pick their own ball and even decorate it with their name or initials, they take great pride in their new seating.

Persinger said her students haven’t abused their balls. She’s only had to take one away from a student for a short period of time.

Delaney Braselle was happy to talk about her yoga ball.

“I think it’s really comfortable. It helps me concentrate more than the chair because it helps me sit up straighter than I would. . With the chair I would get restless legs more. With a yoga ball, I get to bounce and my legs aren’t as restless.”

Persinger isn’t the only teacher to rethink her seating arrangement. After she implemented the new balls, the other two fourth-grade classes at Overbrook followed suit. The Gazette recently reported on Bev Stern’s first-grade classroom at Ruthlawn Elementary School, which is using exercise balls in the classroom and outside of the classroom when they work in the school garden. Stern received a Try This! mini grant to purchase the balls for her class.

Grant confirmed that other teachers across the state of West Virginia are implementing a variety of techniques to incorporate physical activity into the classroom, including the use of exercise balls. The concept is known as active learning.

He added that students who are physically active have “lower instances of discipline and higher academic performance.”

When traditional, plastic chairs were used in Persinger’s classroom, “They were constantly getting up by going to the bathroom, dropping their pencil, or throwing something away. . (It was) just up and down, up and down _ like popcorn. It’s hard when they’re gone. They are missing stuff.

In the midmorning earlier this month, students in Persinger’s class were taking turns giving PowerPoint presentations on birds. The students were all sitting quietly listening to their peers deliver his or her presentation.

When the students were setting up for the next presentation, Persinger would turn on a Kidz Bop pop tune and the entire class would erupt with bouncing.

“I love that because we can just let loose and it’s so fun,” Delaney said.

The 10-year-old said she’s planning to ask her fifth-grade teacher if they can uses exercise balls to sit on next year too.

Persinger said without a doubt that she would be using the same form of seating next year.

Chiropractic physician Dr. Peggy Kiser-Crouch has been practicing in Charleston for 32 years. She’s excited about the teachers’ innovative approach to classroom seating and activity.

Whether students or adults are sitting on traditional chairs or using core strength to balance on exercise balls, she said, everyone needs to stand and move around after 20 to 30 minutes of sitting.

“Sitting is the new smoking in terms of being detrimental to health. . One of the main reasons is just your circulation. The more you move, the better circulation you have. With more blood flow and oxygen, everything does better.”

She added, “When you stand up you are using 50 percent more muscles than you are when you are sitting, and if you don’t use your muscles they weaken. It has a snowball effect.”

Persinger said when her students had to recently complete the Smarter Balance test for six days, they were required to sit in the traditional hard plastic chairs in the computer room.

“They kept saying, `These are so uncomfortable.’ They get used to it.”

When Overbrook’s school day began one morning earlier this month, a voice over the intercom delivered morning greetings and asked the students to rise for the Pledge of Allegiance. As the students rose, their balls rolled into corners and under tables.

Andrew Orders’ ball attempted to make the same rolling escape, but he quickly stepped forward to catch it. He returned to the line rolling his ball back by his side. As Andrew looked up at the flag, reciting the memorized words, he stood with his right hand placed over his heart and his left hand down by his side grasping firmly to his bouncy, gray exercise ball.