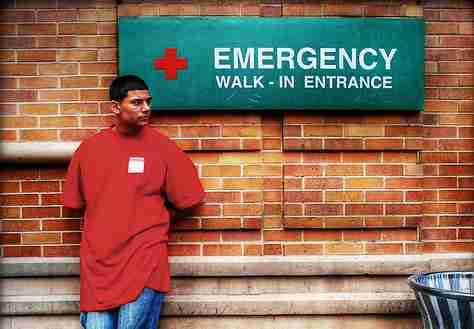 By AMY TAXIN and JUDY LIN

SANTA ANA, Calif. (AP) _ In a move that adds momentum to efforts to integrate immigrants, California is on the cusp of extending state-subsidized health care coverage to children from low-income families who are in the country illegally.

Democrats, immigration groups and health care advocates celebrated the announcement as both a cost-saving move and social progress for the state’s estimated 2.5 million immigrants who are in the country illegally. Critics, however, worry that the overburdened state-funded health program can’t handle another 170,000 children.

Gov. Jerry Brown and legislative leaders announced a $115.4 billion budget agreement that for the first time includes state funding to cover low-income children under 19 regardless of their legal status in Medi-Cal, the state’s health care program for the poor.

Legislative Republicans were noticeably silent on the announcement as the minority party struggles in California to rebrand itself to attract a younger and more diverse voter base. They warned that the proposal won’t help immigrants access doctors because of the shortage of providers who accept Medi-Cal.

Alicia Arango, 31, of Inglewood said she’s eager for her 10- and 12-year-old sons to have insurance. Her husband works two restaurant jobs to support the family but that wasn’t always enough when her son had stomach troubles.

“Sometimes we wouldn’t even pay the rent, and they’d charge us surcharges, but we preferred to pay the surcharge than for our child not to see a doctor,” said Arango, who came to the country nine years ago from Mexico.

Carmona, who was born in Mexico, said she used to hide when she had a fever or felt sick to prevent her parents from worrying about having to take her to the doctor. In contrast, her younger brother, who was born in the United States, was covered by Medi-Cal and made frequent trips to the doctor and dentist.

“I would just go to school and deal with it because I didn’t want my parents to have to deal with me being sick _ another issue they had to worry about,” she said.

For a child to be eligible for Medi-Cal, a family of four would have to make less than $59,625 a year. If approved, coverage would begin in May 2016.

According to the National Immigration Law Center, four states _ Washington, Illinois, New York and Massachusetts _ already provide health coverage to children regardless of their immigration status.

Anti-illegal immigration advocates said California has already granted driver’s licenses and college scholarships to people who are in the country illegally. They worry it will entice more people to cross the border illegally.

“The issue really comes down to, the more you offer, the more will come,” said Don Rosenberg, a 62-year-old retired entertainment and publishing executive.

Supporters say the state, which is enjoying billions of dollars in surplus, can afford to help the poor.

The state budget includes $40 million to begin covering low-income children who are in the country illegally. The cost to taxpayers is estimated to increase to $132 million annually once fully implemented.

The plan is expected to easily win approval this week from a Legislature controlled by Democrats.

Frustrated by federal inaction and galvanized by President Barack Obama’s executive order to spare some immigrants from deportation, immigrant rights advocates turned to California’s Statehouse to agitate for change this year.

Democratic lawmakers said they plan to continue to push for universal health coverage that would cover all low-income residents, regardless of their legal status or age.

“For me, a win will be until we actually have truly health for all,” said Sen. Ricardo Lara, D-Bell Gardens, the author of SB4, which seeks to extend health coverage to adult immigrants who are in the country illegally.