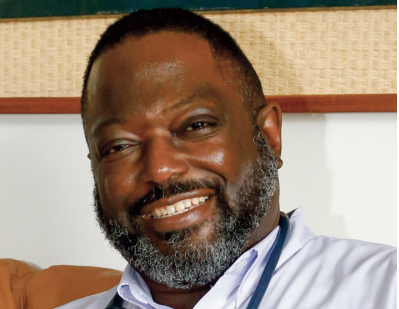 I never expected the road to opening my new clinic to be easy. No matter how meticulously I plan, how much money I save and budget, or the challenges of dealing with contractors and merchants, I am now facing probably the most unanticipated complication of them all.

On Monday I took a fall and sustained a concussion from hitting my head. In most social or physical situations, I am the antithesis of grace, so falling or bumping into something is no unusual occurrence, but this one was different. The blow to the back of my head was more shocking than painful. I lost consciousness for a moment, and when I awoke it was as if my thoughts and sensory inputs were a multicolored and textual jumble.

As things began to normalized, I noticed things were off. Yes I had a headache and was a bit dizzy, that was to be expected. What I noticed was my thought process had become labored. My mind, which is usually going a mile a minute was suddenly mired in something akin to molasses. I could think, but the trouble was expressing my thoughts in a coherent way. The process was not only laborious but tiresome. I knew I had sustained a concussions and surmised I would shake it off in time. Yes, it is true what they say about doctors making the worse patients and stupid ones.

Two hours after my fall, I went to my ancillary job and worked an 8 hour evening shift.

The staff knew something was wrong from the moment I stepped into the building. From posture, to demeanor, to the expression on my face, the staff recognized I was not myself. They helped me through the shift by doing the things they could with only a confirmation from me, bringing cases to me instead of me going to them, and making sure I was seated during as much of the shift as possible. I was appreciative and declined their help in getting home. A 30 minute trip took over an hour. I arrived home, kicked my shoes off and climbed into bed. Did I mention doctors make the worse, stupid patients?

I awoke eight hours later to a blinding headache and dizziness. Since I had slept in my scrubs, I slipped on my shoes, washed my face, brushed my teeth, and called a cab to take me to the emergency room; the first intelligent thing I did in the previous 18 hours.

Upon arrival at the hospital. I received all the prerequisite examination and testing that goes along with head trauma cases. An hour later, a doctor arrived to have a conversation with me. He asked if I realized what happened to me. I replied, “I have sustained a concussion, probably moderate in severity. If I were going to die from it, I probably would have in the previous eight hours, and had exhibited excessive stupidity and arrogance in the negligence towards my care.” He agreed whole heartedly with my assessment. The only thing left to explain was the recovery process and what to look out for in terms of complications. The most important aspect of the recovery process, which he was sure I would skirt or completely ignore, was rest. I assured him I would follow his directions, not even attempting to sound remotely sincere in my reply.

I have a clinic to get open in three weeks and two lectures to give at the annual veterinary symposium in Tuskegee in four days. Luckily most of the work on the clinic had been completed except for deliveries and minor construction. That was the easy part. The half finished lecture and the second one I had not started are more problematic.

I called the powers that be at Tuskegee and explained my predicament. Since I am unable to travel, and declined to cancel them, the lectures will be presented via Skype. I just have to beat them into shape. Doing so with PowerPoint is challenging enough but the process is difficult deluxe with a traumatic brain injury.

I have often mentioned and believe God will continue to watch over the children, animals, and fools named Pierre.