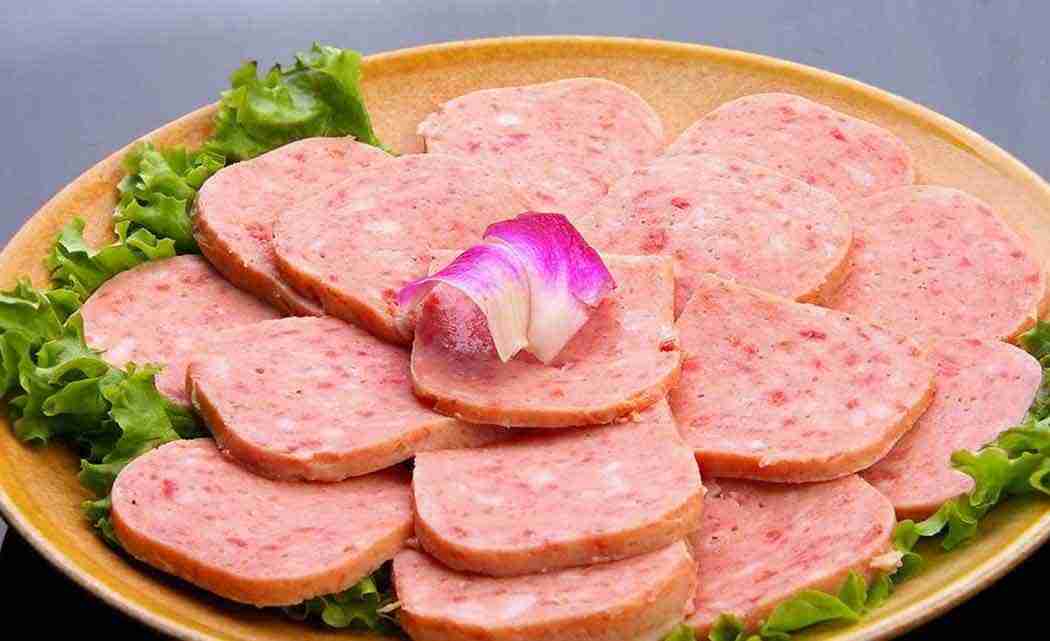 HONOLULU (AP) _ If your head is telling you to start your day with a bowl of oatmeal but your heart yearns to open that blue can of salty meat _ you know the one_ maybe it’s time to take a lesson from Sharon Kaiulani Odom.

“As a dietitian, I can tell people not to eat Spam, but they don’t want to stop eating it,” she said. “If I can’t stop them, I can make it healthier.”

Odom arrived at her recipe after experimenting with one that was labor intensive, requiring a chunk of pork shoulder, a water bath, breaking down and then compressing the meat, then cooking it again.

Odom’s more efficient version starts with ground local Shinsato pork, uncured ham and garlic cloves, seasoned with sugar and salt. The ham and garlic are ground in a food processor then combined with the other ingredients, placed in a loaf pan and baked.

“I know the pork is better quality and the ham has no nitrites, and if I want I can take down the amount of salt,” she said. “Good pork is healthier for you, and when you take the pan out of the oven, some of the oil has separated from the meat and can be poured off.”

Odom says she can get 15 to 20 slices per loaf. When it’s time to serve the slices, she re-bakes them, and the end product resembles_ and tastes_ like the canned meat, but with a more rounded flavor.

While this recipe is a great idea for getting everyone more in touch with their food, it reflects a specifically Hawaiian cultural framework toward promoting health, one that involves much more than hopping on a scale or donning a blood pressure cuff.

Key to the Hawaiian perspective is the element of community.

Connections also pertain to the environment. Odom said traditional Hawaiian culture views everything as animate, so “we get our hands in the earth and take care of our oceans, and in turn it feeds us.”

At Kokua Kalihi Valley, Odom runs the Roots program, an aina-to-table initiative that intertwines land stewardship with healthful eating. The scope of the program extends from a community garden, located at the Kalihi Valley Nature Preserve, to the Roots Café in Kokua Kalihi Valley’s Harry & Jeanette Weinberg Wellness Center, where twice weekly chefs, dietetic interns and volunteers serve fresh food that appeals to the eye as well as the palate.

Odom said the menu includes “food we touched, things we picked ourselves,” including bounty from the community garden.

Contrast this perspective, Odom said, with the experience of eating canned food made by someone “far, far away.”

“It’s hands off. This is how we became disconnected from our food, and when connections are lost, we are sick as a people. Social cohesion is as important as a blood pressure, so we try to perpetuate connectedness.”

Odom says the Roots program serves lots of vegetables at the cafe and at dinners for participants in its programs. But she won’t go as far as promoting a vegetarian diet, simply because that’s not what the community is eating.

Instead, she encourages a balanced diet, with whole grains, high fiber and other healthful foods sharing a plate with items like the homemade luncheon meat.

It’s a long-term approach to impacting health, and one that Odom says works.

She says traditional Hawaiian culture believes that people today impact all future generations because we carry our family genealogies within our bodies.

Heat oven to 300 degrees. Place ham and garlic in food processor and process to a mashed consistency.

Place in meatloaf pan and bake 1-1/2 hours or until thoroughly cooked. Pour off oil.