Dozens of kids sickened from chlorine at Antioch water park 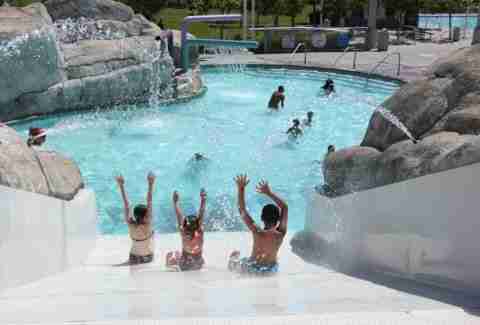 ANTIOCH, Calif. (AP) _ About 40 children became ill while swimming at a city-run water park in Antioch after excessive chlorine apparently leaked into the water.

The San Francisco Chronicle reports (http://bit.ly/1dNK4vD ) that victims started vomiting and feeling burning in their eyes around 2 p.m. Thursday at the Prewett Water Park. Lifeguards shut down the park as emergency crews rushed to the scene.

Contra Costa County Fire Protection District Capt. George Laing said the injuries did not appear to be life-threatening, and were characterized as “minor respiratory distress.”