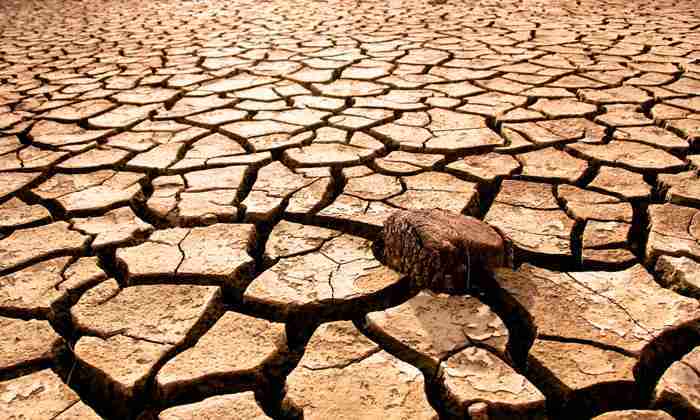 EAST PORTERVILLE, Calif. (AP) _ Residents of East Porterville and experts say not having running water and breathing increasingly dusty air because of the drought is worsening health issues.

The town of 7,500 people has no central water system and families rely on shallow private wells, which have been drying out as the drought worsens. Doctors in the area say they have seen a spike in respiratory illnesses, including chronic bronchitis, allergies and asthma, the Fresno Bee reported Sunday (http://bit.ly/1BvW4gi ).

A 75-mile drive southeast of Fresno, East Porterville gained notoriety after becoming one of the first Valley communities to suffer from the drought. It remains the hardest hit, now with around 700 homes, or about 3,000 people, reporting well failures.

Data shows the number of patients visiting the emergency room at nearby Sierra View Medical Center in Porterville complaining of breathing issues has increased by more than 25 percent since 2010.

“We are seeing that these individuals are having more trouble as far as breathing is concerned and they are coming in to see us a little bit more frequently than we are used to,” hospital spokeswoman Ramona Chiapa said. “We suspect that it is due to the drought.”

John Capitman, executive director of the Central Valley Health Policy Institute, said the drought has already created a public health emergency in terms of the worsening air quality. But he said it will take a few years before health researchers can really demonstrate any other drought impacts on health.

This community and others nearby are already plagued by drinking water high in nitrates, a contaminant that comes from septic systems, fertilizers, dairies and decomposing vegetation. Nitrate contamination is linked to dizziness, upset stomachs, lung infections, diabetes, the potentially fatal blue-baby syndrome and cancer.

American Community Survey figures from 2013 show the town is over 75% Latino, and more than one-third of families live below the federal poverty level. One in three residents over age 16 works in agriculture, forestry, fishing, hunting and mining.

Experts say the drought is starting a domino effect that can link together numerous health-related issues: pre-existing conditions, worsening air, access to potable water, hygiene and anxiety among them.

Pastor Roman Hernandez of Iglesia Emmanuel said many immigrants in town are afraid to seek help because they lack legal status. The church receives donations of bottled water and food to hand out.

Hernandez recalled one man who confided that he would go to a nearby park at night to collect water from a duck pond because his family had no running water.

“For a long time, this man and his family were taking water from there,” Hernandez said in Spanish. “He said, `Oh no, it’s all right. We boil it.’ It took a long time to convince the man there was help elsewhere.”

Next post New York to get $17 million in AmeriCorps funding