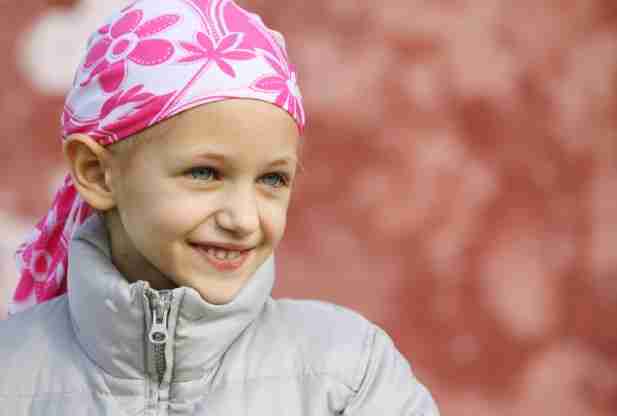 By PAUL SWIECH
The (Bloomington) Pantagraph

NORMAL, Ill. (AP) _ For years, Dr. Anjuli Nayak enrolled patients in clinical trials when she was a Normal-based allergist, immunologist and researcher.

Now, she’s a research subject herself. Her goal is nothing less than sustained remission of difficult-to-treat cancers.

“Even if this doesn’t help me, I want to know that I have lived for a good cause,” Nayak said.

The good news is the investigational therapy that she has undergone has resulted in her relapsed acute lymphoblastic leukemia (ALL) going into remission.

“Dr. Nayak is in remission after CTL019 therapy,” said Dr. Noelle Frey, a hematologist/oncologist who is Nayak’s physician at the Abramson Cancer Center of the University of Pennsylvania, where Nayak had the therapy. “We share her joy at her wonderful response to this therapy.”

“She’s in complete remission,” confirmed Dr. Patrick Gomez, her hematologist/oncologist at Illinois CancerCare, Bloomington. “She is being followed to test the durability of that remission.”

Nayak is confident that her remission will be long term and that the therapy will benefit others.

“I’m a pioneer now,” Nayak said. At 61, she is the first adult ALL patient from Illinois enrolled in the clinical trial of the therapy, said Holly Auer of University of Pennsylvania.

“This is the cutting edge,” Gomez said.

“But, five years down the road, I hope that many people in Bloomington-Normal will receive this novel therapy that has produced a miracle in me,” Nayak said.

She had operated Sneeze Wheeze & Itch Associates, a medical practice and clinical research center, for years at 2010 Jacobssen Drive, Normal.

In December 2010, she was diagnosed with leukemia and in 2011 was treated with chemotherapy and a stem cell transplant.

The cancer reappeared in July 2012 and she received aggressive chemotherapy.

“Side effects include immense fatigue, nausea, vomiting, diarrhea, hair loss, loss of appetite and muscle weakness,” Nayak said. “I had all of it.”

During the next 21/2 years, she had six relapses and six additional rounds of chemotherapy. In November 2013, her fragile health forced her to retire.

By February 2015, she was no longer responding to chemotherapy and continued to have cancer cells in her blood.

By this point, Nayak had relocated to Chicago to be near one of her adult children. Dr. Wendy Stock of University of Chicago Medicine, who is working with Gomez in Bloomington, told Nayak that genetic engineering research was being done at University of Pennsylvania with good results.

“She thought it would be appropriate for me to get into that research project,” Nayak recalled.

“I was very scared, fearful and skeptical,” Nayak admitted. “What convinced me to do it was my background in research. I thought the best way for me to contribute to research was by being a research subject. I always believed in the advancement of clinical research as it brings help to the next patient. I thought, if I don’t make it, I will still be of value.”

Nayak applied and was accepted into the protocol.

She went to the Hospital of the University of Pennsylvania in Philadelphia, where she was hooked to a machine that drained blood from her body, removed T cells from her blood and then the blood was infused back into her body.

Her T cells were taken to a lab where they were genetically engineered with chimeric antigen receptors and modified over three weeks.

Meanwhile, Nayak had more chemo, a spinal tap and a bone marrow biopsy to make sure she had minimal residual disease and to prepare her body to receive the genetically engineered cells.

The cells were infused intravenously into her body from April 20 through 22.

“The goal is for the genetically engineered cells to attack the cancer cells and kill them,” Nayak explained. “These cells then stay in your body forever to do surveillance and to shoot any cancer cells that come up.”

Nayak was fatigued, listless and had diarrhea for four days.

“Then I slowly got back to normal,” she said. She resumed exercise and was discharged from the hospital on May 6 and returned from Philadelphia to Chicago on May 19.

The genetically engineered cells did their job. Nayak’s cancer is in remission.

“She is an amazing woman,” Gomez said. “Because she is in good shape, even though she had a relapse, she was strong enough to receive the latest therapies.”

“I have to go to Philadelphia on July 22 and do a bone marrow biopsy and they will follow me closely for two years,” Nayak said. “They will do my blood counts to see if the engineered cells are still in my body and doing their job.”

“The (therapy) response rates are very high, the durability is good but the question is “For how long?”’ Gomez said. “That’s why the patients are being followed.”

“I feel really great,” Nayak said June 4 during a visit with her former staff at Sneeze, Wheeze & Itch Associates. “I hope to have a normal life span and hope that this treatment will be available to many more people as the science advances and the research progresses.”

Dr. Dareen Siri, who acquired the Normal-based medical practice and research center, helped staff to surprise Nayak with a “Survivor” reception June 4 that included a cake, balloons and other decorations adorned with orange, the color for leukemia survivors.

“I never had any doubt in my mind that she could lick this,” said clinical operations director Karri Eimer.

“This is definitely a miracle,” said financial manager Angelique Dozier. “I believe in miracles.”

“I do, too,” Nayak said. “I want people to embrace their journey, whatever it may be.”