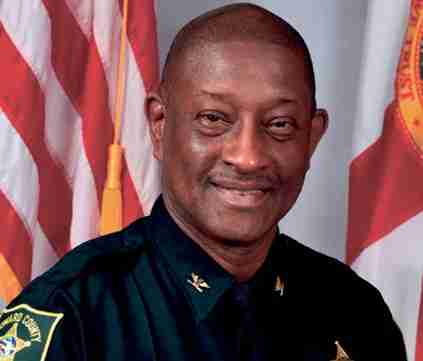 Fort Lauderdale, Fla. (AP) – The Broward County Sheriff’s office fired two top administrators earlier this week after a woman who went into labor in her jail cell was not given medical care despite screams of pain.

The Miami Herald reported that the sheriff’s office fired Col. Gary Palmer and Lt. Col. Angela Neely Thursday after a review of the incident, which occurred late last month.

“I conducted a review of the matter and determined that command level failures occurred by Colonel Palmer and Lieutenant Colonel Neely in this case,” Sheriff Gregory Tony said in a statement. “They grossly failed this agency and this inmate.”

In an interview with the South Florida Sun Sentinel, Stephanie Bretas described the squalid conditions and the indifference of nurses and jail guards as she was left alone in her cell fearing she might suffer a miscarriage.

“They just wanted to see how much pain I could endure,” Bretas told the news outlet.

“The baby’s head was coming in and out and in and out and they finally broke in,” she said. “It was at the end. They came in and held my leg and he came out.”

By the time help arrived, she was on her back and ready to give birth.

The 28-year-old woman was in custody on burglary charges stemming from a Sept. 6 incident in Lighthouse Point.

Bretas has since been released and her son is in the custody of the Department of Children and Families.

Next post Some surprising things renters’ insurance covers - and leaves out