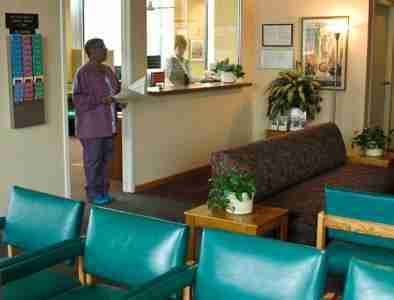 GARY, Ind. (AP) _ Friendship Family Planning, a clinic in Gary that at one time offered abortions, shut its doors late last month, according to the Indiana Department of Health.

Spokesman Ken Severson said in an email Thursday that the clinic decided on its own to close May 27 and that the agency had not moved to close the clinic.

The doctor who once performed abortions there, Dr. Ulrich Klopfer, faces a misdemeanor charge of failing to timely file a public report in Lake County court. The charge is related to an abortion he performed in 2012 on a 13-year-old girl, court documents show.

Klopfer was charged with the same misdemeanor in St. Joseph County, but he was granted a pretrial diversion in December, allowing the charges against him to be dismissed within a year if he abides by the terms of the program.

Attorney General Greg Zoeller filed a complaint last year against Klopfer with the Indiana Medical Licensing Board, which plans a June 25 hearing regarding the status of his medical licenses. The complaint against Klopfer alleges 1,818 counts of submitting incomplete and incorrect abortion reports, two counts of not filing abortion reports for the 13-year-old patients within three days of the procedures and 13 counts of failing to ensure counselors obtained proper consent.

Klopfer’s licenses to practice in South Bend, Fort Wayne and Gary currently remain valid while they’re under review, according to the Indiana Professional Licensing Agency.

The possible outcomes of the hearing range from no sanction, a letter of reprimand or a fine to Klopfer’s licenses being placed on probation, suspended or revoked, said agency spokesman Nick Goodwin.

He has said in the past that he found it “amazing” that a paperwork error could jeopardize his medical license.