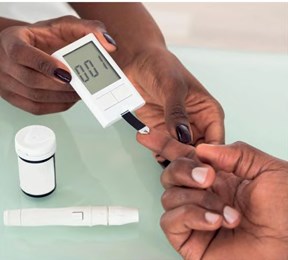 NEW YORK (AP) — The number of new diabetes cases among U.S. adults keeps falling, even as obesity rates climb, and health officials aren’t sure why.

New federal data released Tuesday found the number of new diabetes diagnoses fell to about 1.3 million in 2017, down from 1.7 million in 2009.

Earlier research had spotted a decline, and the new report shows it’s been going on for close to a decade. But health officials are not celebrating.

“The bottom line is we don’t know for sure what’s driving these trends,” said the lead author of the new report, Dr. Stephen Benoit of the Centers for Disease Control and Prevention. Among the possibilities:

Changes in testing and getting people to improve their health before becoming diabetic.

The report was published by the journal BMJ Open Diabetes Research & Care. The statistics run through 2017. Last year’s numbers are not yet available, Benoit said. Diabetes is a disease in which sugar builds up in the blood. The most common form is tied to obesity, and the number of diabetics ballooned as U.S. obesity rates increased.

But other factors also might have pushed up annual diabetes diagnoses from 2000 to 2010, and they may partly explain why the numbers have been going down since, some experts said.

First, the diagnostic threshold was lowered in the late 1990s. That caused more people to be counted as diabetics, but the impact of that may have played out.

“We might have mined out a lot of the previously unrecognized cases” and so new diagnoses in the last several years are more likely to be actual new illnesses, said Dr. John Buse, a University of North Carolina diabetes expert.

Meanwhile, doctors have increasingly used a newer blood test to diagnoses diabetes. It’s much easier than tests that required patients to fast for 12 hours or to undergo repeated blood draws over two hours.