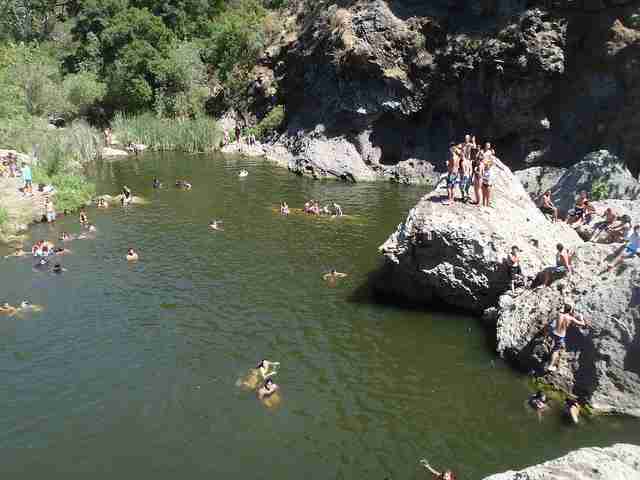 CALABASAS, Calif. (AP) _ A new study shows that some swimming spots in the Santa Monica Mountains could pose a public health risk after fecal bacteria was found in them.

KCBS-TV reports (http://cbsloc.al/1Gpc7tf ) that the study found that Enterococcus and E. coli levels at Las Virgenes Creek and Rock Pool, both at Malibu Creek State Park near Calabasas were higher than levels considered safe.

The study, which was conducted last summer by environmental group Heal The Bay, also found that 10 percent of samples were over the limit for Enterococcus at Solstice Canyon.

Despite the findings, researchers say they are reluctant to completely discourage people from swimming at the sites. Instead, swimmers were urged to not swallow any water, avoid swimming with open cuts, and to shower with soap after using the sites.