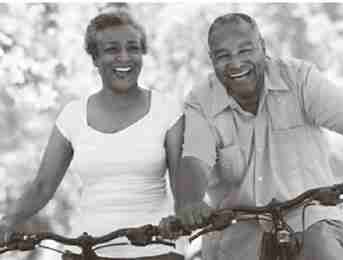 MIAMI – Many nature enthusiasts tout the benefits of spending time outdoors, whether at a park or along a fitness trail. Turns out, being in closer proximity to nature’s greenery can also help senior citizens residing in the inner city to live longer.

In association with Miami-Dade County Parks, Recreation and Open Spaces Department’s sixth annual Great Parks Summit, a new study of Miami-Dade County Medicare beneficiaries showed that higher levels of greenness on their neighborhood block were linked to a significant reduction in the rate of chronic illnesses and health conditions like diabetes, hypertension and high cholesterol, particularly in low-to-middle income neighborhoods.

Led by Scott Brown, a research assistant professor at the University of Miami (UM) Department of Public Health Sciences and Elizabeth Plater-Zyberk, a Malcolm Matheson Distinguished Professor in Architecture at UM, the study is the first of its kind to examine block-level greenness and its relationship to health outcomes in older adults and measure its impact on specific cardio-metabolic diseases.

Based on 2010 to 2011 health data reported for approximately 250,000 Miami-Dade Medicare beneficiaries over age 65, along with a measure of vegetative presence based on NASA satellite imagery, the findings revealed that higher levels of greenness on the blocks where the study’s Medicare recipients reside, is associated with a significantly lower chronic disease risk for the residents of high greenness blocks, including a 14 percent risk reduction for diabetes, a 13 percent reduction for hypertension and a 10 percent reduction for lipid disorders.

“Going from a low to high level of green ness at the block level is associated with 49 fewer chronic conditions per 1,000 residents, which is approximately equivalent to a reduction in the biomedical aging of the study population by three years,” said Brown.

“The fact that people live three years longer, points to the vital role parks and green space have on health and well-being, and to the critical need to have a holistic approach in planning,” said Kardys, who believes that this work, “suggests extensive potential for park, open space and streetscape design.”

Nardi said that, “these findings highlight Miami-Dade Parks’ focus on an evidencebased framework for the implementation of the County’s Parks and Open Space Master Plan, which includes enhancements to existing greenways and parks, as well as opportunities for new parks, open spaces, and a fully connected system of greenways and blueways.” She noted that the County’s nationally recognized Parks and Open Spaces Master Plan calls for access to green immediately outside of homes, and parks within a ten-minute walk: a strategy that an increasing number of recent studies now as- sociate with better health outcomes.

“There’s so much suffering involved in the time, money and energy spent on disease burden in the U.S., which we realize that we can, to some extent, ameliorate through healthy community design in our parks and public spaces,” said Joanna Lombard, professor of architecture, and study investigator and co-author.

Brown explained that incorporating more green: trees, parks and open spaces in low income neighborhoods could also address issues of health disparities. “Miami-Dade has the capacity to model the transformation of thinking about parks and open space for the nation,” said Kardys, and work like this enables us to set our priorities for moving forward.”