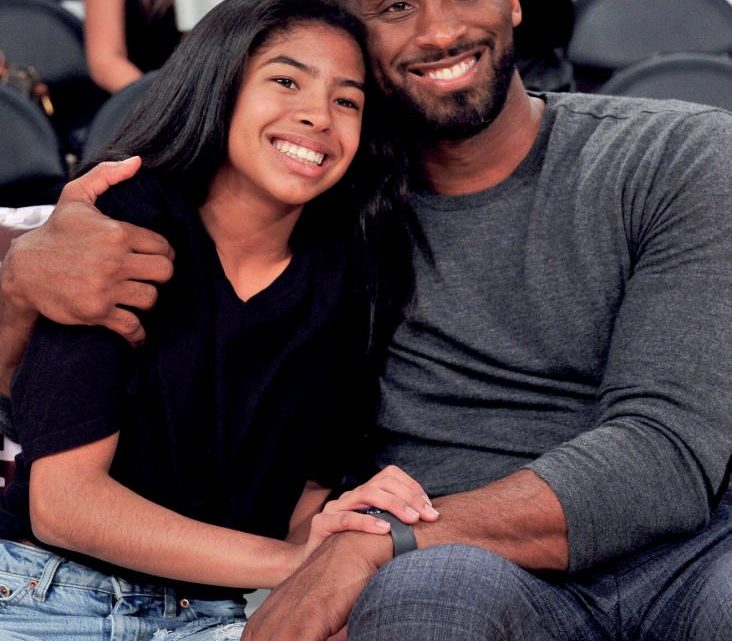 Kobe Bryant wasn’t in the bubble with the Los Angeles Lakers last fall when they won the NBA championship. He wasn’t at the All-Star weekend in Chicago where half the players wore his number on their uniforms, the other half wearing his daughter’s jersey number. He wasn’t there to hear the Basketball Hall of Fame announced that his career was worthy of enshrinement.

Yet his presence was so clearly felt in each of those moments.

Bryant, his daughter Gianna and the other seven people who climbed aboard that helicopter on a Sunday morning in Southern California have been gone for exactly one year now – Tuesday marked the grim anniversary of the crash that took their lives. Tears have been shed. Stories have been told. Tributes have been made.

And if there was any doubt about what kind of legacy Bryant – a ﬁvetime NBA champion, still the No. 4 scorer in NBA history, a 20-year veteran of the league – left behind, it has been erased now. He still resonates, maybe more than ever.

“God rest his soul, God rest the soul of Gigi and the seven others that perished,” said Miami assistant coach and former NBA player Caron Butler, who was close with Bryant for years. “The legacy that he left, man, he did it all. He inspired. When you think about being better, embracing the storm, having the right mentality and perspective about life and always trying to be better, he embodied it all and that’s why his legacy will live forever.” Bryant is gone, but that doesn’t mean Butler is wavering on a promise he made. Butler famously had a longtime afﬁnity for Mountain Dew, even drinking it during games when others thought he was having Gatorade. When Butler played for the Lakers, Bryant strongly urged him to kick the habit.

Butler was taping an ad last year for Mountain Dew. He took a sip for the cameras. He then spit the drink out. “Out of respect to my brother,” Butler said.

Butler and Bryant were brothers in the teammate sense. Tony Altobelli lost his actual brother, John Altobelli, in the crash. Alyssa Altobelli was a teammate of Gianna Bryant; she was on the helicopter along with John, her father, and mother Keri.

His brother died with Kobe Bryant. That’s how the world got to know who his brother was.

“It’s nice to see his memory, and just his way of his life being celebrated by people far beyond our area,” Tony Altobelli said. “It takes a little bit of the sting off what happened. I’ve kind of jokingly said if it had to happen, I’m glad a global ﬁgure was with him when it happened because now the whole world knows about my brother, my sister-in-law and my niece. And I think that’s pretty cool.”

Christina Mauser died in the crash as well; she was one of the coaches at Bryant’s academy. Tony Altobelli and Mauser’s husband Matt have become friends in the last year; they didn’t know each other before Jan. 26, 2020. Matt Mauser has organized a concert to honor those who died in the crash and to serve as a beneﬁt for the foundation he started in his wife memory; it streams Tuesday night.

Sarah Chester and her 13-year-old daughter Payton, another of the players along with Gianna and Alyssa, also were on board. Also killed was the pilot, Ara Zobayan. The Lakers were in the air when the news broke, flying home from a game in Bryant’s hometown of Philadelphia. Word spread around the NBA quickly; the Golden State Warriors were just starting practice when someone there found out.

“Everything stopped,” Warriors coach Steve Kerr said. “The music stopped. The players stopped. Nobody said a word. A lot of guys dropped to the floor and started crying. Nothing happened for 10 minutes. We all just sat there in silence. It was one of the worst moments of all our lives.”

The Lakers did not plan any formal marking of the day, nor the NBA. It is not a day for celebration. It is a day for remembrance, not that it’s needed.

“I don’t think any of us will ever forget that day,” Kerr said.